The decision to hire a criminal lawyer may take up most of your valuable time. Start with us to find the best criminal lawyer according to your needs and save your time.

How Does Online Consultation Work? 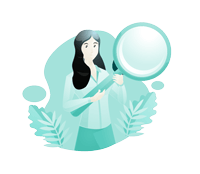 Identify the category of the legal issue that you are facing 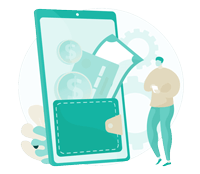 Pay the consultation amount online as stated on the portal 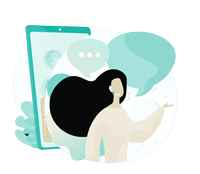 Get connected with a lawyer catered to your needs instantly

How do I find a good criminal lawyer?

What is difference between bailable and non-bailable offence?

What is difference between cognizable and non-cognizable offence?

What are the conditions to get a bail?

In case of bailable offence, if there are sufficient reasons to believe that the accused has not committed the offence or if there is sufficient reason to conduct further enquiry in the matter or if the person is not accused of any offence punishable with death, life imprisonment or imprisonment up to 10 years, such person may be released on bail. Whereas in case of non-bailable offence, there only some exceptions such as if the accused is a female, bail may be granted.

What is the procedure to get a bail?

Generally, bail is granted by the police or by the Court. The police will generally grant bail within 24 hours of your arrest. Should the police decide that bail is not appropriate, then you can go to the court and apply for court-ordered bail.

What are the types of bail?

There are generally three types of bail in India- regular bail, anticipatory bail and interim bail.

Why does Bail get denied?

Granting bail is mostly a discretion of the Court and a court, after considering various factors, grants or denies bail.

What happens if bail is refused?

If you are refused bail, you will remain in custody on remand until the date of your hearing. You will stay there until your court appearance and sentencing.

How many times can you apply for bail?

Bail can be applied as many times as an accused wants. There is no bar in the Code of Criminal Procedure to not entertain the second/third application or any number of application for that matter.

What evidence do CPS need to charge?

The evidence they gather includes documentary, physical, photographic and other forensic evidence and not just witness testimony. The police arrest and interview suspects. All of this produces a file which when complete the police send to the Crown Prosecution Service (CPS) for review and a decision on prosecuting.

Talk to a Lawyer Online