Amendments in the Consumer Protection Act 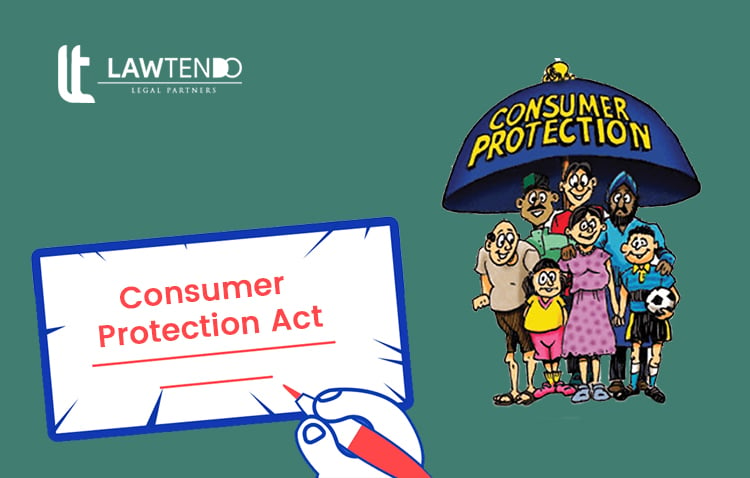 In order to fill in all the prevailing lacunae in consumer protection prior, the New act was introduced with all the amendments known as the Consumer Protection Act,2019.

This act was passed on 9th August 2019. It's a repealing statute revoking over the three-decade-old law for Consumer Protection Act, 1986.

The initial question, which currently emerges is, what took for the legislature body this long to follow up on these limitations in the first place?

Objectives of the Consumer Protection Act 2019

The New Act has an augmented definition for 'consumer'. The definition currently incorporates any individual who purchases any goods, regardless of the mode of exchange : online or offline, telescoping, electronic means, direct selling & or multi-level marketing. The previous Act didn't explicitly incorporate e-commerce business transactions, and this lacuna has been covered under the New Act.

Get in touch with the best consumer lawyer now

The New Act proposes the foundation of a regulatory authority known to be the Central Consumer Protection Authority (CCP)  who is our consumer protection council, with wide powers of the requirement being enforced. The CCPA will have an examination wing, headed by a Director-General, which may lead to inquiry or examination/investigation concerning consumer law infringement.

The CCPA has been granted with wide powers to take suo-moto actions, review items, request order for a reimbursement of the cost of product or services, drop & cancel licenses, record class action suits if the consumer complaint affects an individual being more than 1.

Further, the concept of product liability has been brought under the scope of this act where  product manufacturer, service provider, and seller covering for whatsoever claims and compensation is included. The term 'Product seller' is explained to incorporate an individual who is associated with placing the product for any commercial purpose and would also include e-commerce business across platforms. The barriers pertaining to e-commerce, concerning the “platform” or the associated “aggregators” won’t be accepted. Liability risk has increased for product manufacturers in comparison to profit service providers and product sellers. Considering the fact that even under this new act, manufacturers’ claims would be liable in ‘Product Liability Action’, even if they prove to be not negligent or fraudulent under making these express warranty for the product.

However, exceptions have been made where liability claims for product sellers won’t exist in cases of misuse, altered or modified products from the one manufactured in the first place.

Get Legal Advice From Best Lawyer

The New Act presents a particular and broader meaning to Unfair Trade Practices, which likewise incorporates sharing of individual data or information given by the consumer in certain confidence, except unless such disclosure is made as per provisions of any other law in certain.

The authority can have the ability to impose a penalty for up to Rs 10 lakh and imprisonment of upto two years for a bogus/false or misleading advertisement. They could be restricted for supporting items on the off chance that it is found to be misleading.

Concluding the new Act, It has taken due accord of not just the lacunae present in the prior consumer laws yet, but also the overall prevailing market elements in dynamics and has likewise presented a total reform in the customer protection framework as-

Structural reforms: By building up a new regulator, presenting mediation for quick disposal of cases, and upgrading the pecuniary jurisdiction of the specialist authorities alongside empowering them to exercise regulatory power over subordinate specialists.

By putting a more prominent duty on product marketers and also endorsers to advance the actual utilization and the idea of products, forcing stricter penalties to go about as deterrents, and holding those sellers at each level accountable for risky activity.

The author of this blog is Advocate Surabhi Diwan having an experience of 5+ years in handling Consumer-related matters from her experience she wants to share this beneficial information for the individuals having any issues with respect to Consumer related matters.