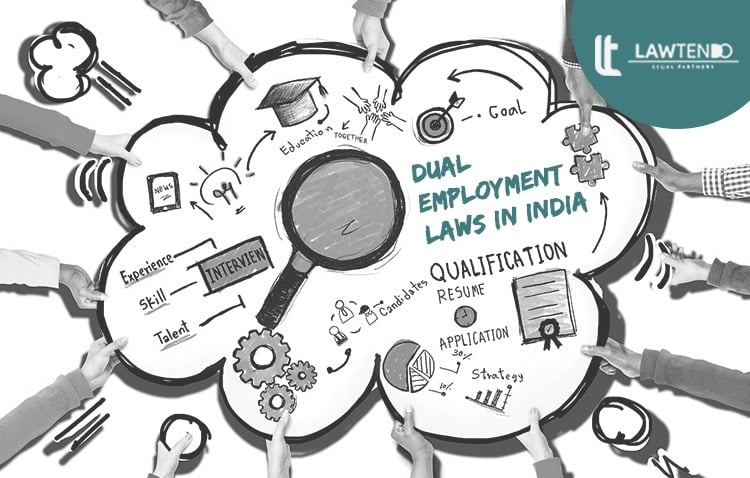 India is what economists call a labour surplus country that there is a surplus of labours in India. All these are attributed to the population of our country as being the second-largest country in the world in terms of population.

A large number of people working in the private sector are compelled to work long work hours and are paid less than minimum wages. This forced people to take double employment to meet their expenses.

Dual Employment or Double Employment is a generic term that means holding two employments at the same time. That is when an employee holds a full-time position and payroll with one employer and takes on additional employment with another employer. This definition may vary according to different sectors.

Organizations are not in favor of dual employment as it affects the efficiency of the employee. The efficiency of the employee will go down as handling two jobs at a time is tiring. The jobs may interfere with each other. The other thing which concerns the firms is that it will affect the confidentiality of their clients as there will be a conflict of interest. So dual employment is a cause of concern to companies as it affects the quality of their products.

The labour regulations in India can be said to broadly regulate the aspects of employment relating to Working conditions, Industrial relations, Wage, Welfare, and Social security. There is no provision under the Indian labour laws barring dual employment. Thus the Indian employment laws provide no specific provisions dealing with the legality of dual employment.  But in the case of employees working in factories section 60 of the Factories Act 1948 lays restriction on double employment in India. The provisions of the act apply to only those who are working at factories. According to the act, an adult worker shall not be required or allowed to engage in double employment.

The act contains provisions regarding dual employment in the same institution in India. The act is state legislation.  Since the shops and establishment act is a state legislature it is different from the factories act. The scope of the act may change from one state to another but it can be stated that the act provides for a bar on employment in the same institutions or organizations after work hours.

Thus the shops and establishments act would apply to organizations not mentioned as factories in section 2 (m) of the factories act. If we analyze various state enactments,

Moonlight clauses: Moonlighting clause is an agreement of service which contains negative covenants restricting the employee from working elsewhere during/after the period covered by the agreement. It is used by employers as a  measure for protecting the company’s interest and for ensuring that employees provide their full time and energy to their current job. It is a clause that contains a negative covenant putting restrictions on the double employment of an employee. Thus, it restricts an employee from taking any other job while being employed by another employer. Moonlighting means holding another job during the working hours of employment. Moonlight clauses are added to the employment agreement with the aim of ensuring efficiency and focus of employees at their current employment. The condition for the moonlight clause is that it must be included and signed with the free consent of both the employer and employee. In India a moonlight clause is enforceable and it can be enforced under the law whenever necessary.

Get in touch with the best employment Lawyer