Complete guide on Bails in India 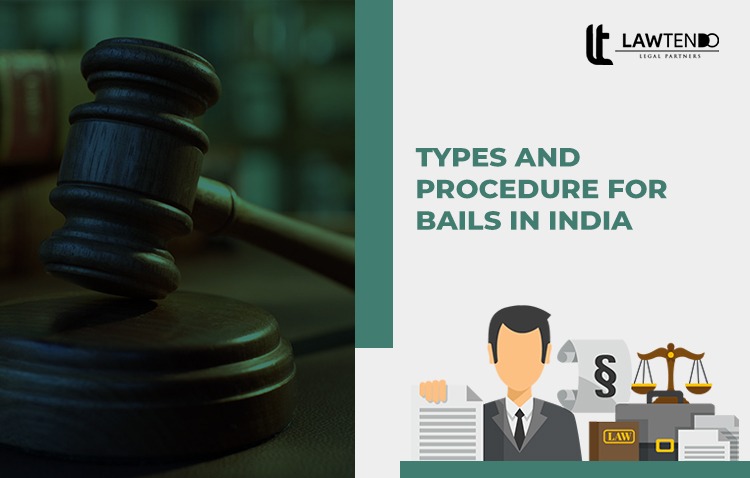 Bail materially refers to the discharge of a person from legal custody on submission of security and undertaking that he shall appear at the time and place designated and submit himself to the jurisdiction and judgment of the Court.

Bailable Offences: Bailable offense means an offense that is listed as bailable in the First Schedule or which is made bailable by any other law for the time being in force. Bailable offenses are usually less grave and less serious. Under Bailable offenses, bail can be claimed as a matter of right.

Types of Bail in India: There are normally 3 types of bail in India which a person can apply. It depends upon the stage of the criminal matter. They are:

Conditions when bail can be denied/ granted:

Meaning of Anticipatory bail: It is meant to be a safeguard for a person who has false charges or accusations made against him/her, most commonly due to professional or personal enmity, as it ensures the release of the falsely accused person even before he/she is arrested.

Procedure to get anticipatory bail:  The person, who wants to seek it, must approach the Court of Sessions or the High Court and citing section 438 of the Criminal Procedure Code as well as giving a proper reason, apply for it. If the court, based on a number of conditions and the nature of the case, sees merit in the petition the bail is granted. Hence if and when the person is arrested, he/she will be immediately released on the basis of the anticipatory bail.

Conditions for getting Anticipatory Bail: Conditions that are taken into consideration by the court when granting anticipatory bail include, but are not limited to:

Conditions when Anticipatory bail is not granted: