Recording of Confessions and Statements - CRPC 164 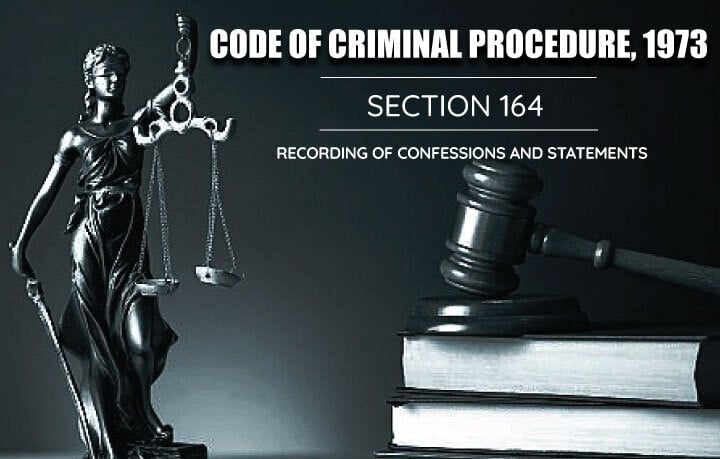 Confession is the act of an accused person admitting guilt or saying or implying guilt while in custody. A "confession," according to Justice Stephen, is an acknowledgment made by a person charged with a crime at any moment expressing or implying that he committed that act.

The Supreme Court stated in State (NCT of Delhi) v. Navjot Sandhu that confessions are very credible since no logical individual would make an admission against himself unless compelled to do so by his conscience.

The statements recorded by the Magistrate are governed by Section 164 of the Criminal Procedure Code (CrPC):

What is its evidentiary value?

A confession is a poor form of evidence, it must be corroborated with other evidence as well as facts and circumstances of the cases. It can be used to support or refute a statement made in court in accordance with the provisions of the Indian Evidence Act sections 157 and 145. The statement cannot be used as substantial evidence, but it can be used for corroboration and to refute the person who made it by cross-examining them.

Confessions can take many different forms. They can be made to the court, which is known as judicial confession, or to anyone outside the court, which is known as extrajudicial confession. It might even be self-preservation, which could be used as proof of another's overhearing. In Pakala Narayan Swami v. Emperor, the court found that where the accused confirmed his guilt to the police and then refused to identify himself in front of the magistrate, and during the trial, it did not amount to confession because there was no direct admission of guilt by him.

In the case of Sahoo vs. State of Uttar Pradesh, AIR 1966 SC 40, the accused, who was charged with the murder of his daughter-in-law with whom he was often at odds, was spotted leaving the house on the day of the murder, stating, "I have terminated her and with her the daily quarrels." The statements were found to be a confession that was admissible in court because it is not essential for a confession to be communicated to another person for it to be significant.

This article on CRPC Section 164 is written by Mr. Abhinav Kumar, a Final year student at the University of Petroleum and Energy Studies, Dehradun.