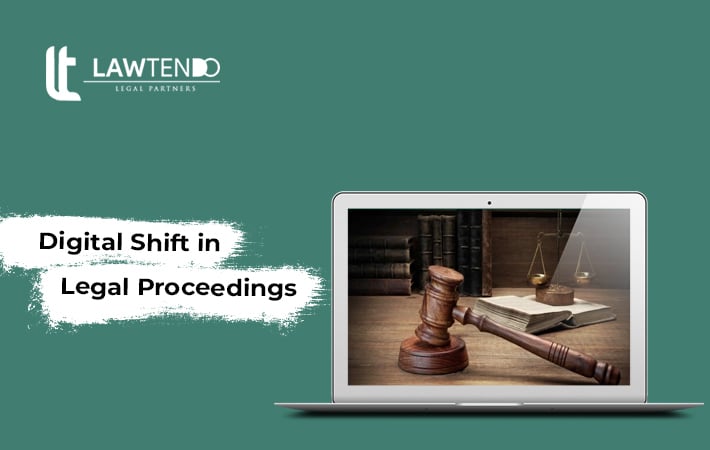 The world has gone indoors for the past three months because of the continuing battle against the Covid-19 pandemic. Governments across the world are on their toes trying to search out a long-term solution to the current public health crisis, while simultaneously trying to tackle humanitarian and economic crises. Judiciary, a key pillar of democracy, too has taken a hit and its functions are crippled. it's now that technology can play a key role to help in resume judicial operations. This lockdown period is often utilized by the Judiciary of India as a chance to possess a more developed court system and upgrade the utilization of technology within the judiciary. one of the ways for releasing some burden off the courts is fixing virtual courts.

What is ‘virtual court’?

As the name suggests Virtual courts are courts that use a remote working system with the help Of several software and tools. The aim is to eliminate the need for the human presence within the court so that the adjudication of cases doesn’t get delayed because of the unavailability of the litigant or the client or the court staff. E-courts are quite a subset to virtual courts, as they ask the websites, and components wont to assist the functioning of virtual courts. The websites, mobile applications, and various other software used for the computerization of the system are often said to be A portion of e-courts. Legally, the digital shift has already got a stamp of approval from the Supreme Court on many occasions. within the Maharashtra Vs Dr Praful B Desai case, the Supreme Court considered recording of evidence within the criminal trial as per Section 273 of the CrPC. In Swaprul Tripathi vs Supreme Court of India also, the apex court considered live-streaming of court proceedings and open court hearings.

On 26th July 2019, Delhi’s first virtual court was launched at the Tis Hazari Court. then, On 17th August 2019, the Punjab and Haryana high court introduced the virtual court at Faridabad, and therefore the court deals in traffic challan cases of Haryana. This project was launched by the guidance of the e-committee of the Supreme Court of India. The procedure followed here is easy and convenient. The case comes on to the Virtual Court which is presided by a Metropolitan Magistrate. Then, a summon is generated, and therefore the same is notified to the accused via email or SMS. Then the accused can attend the web site and if he pleads guilty, then the fine amount is going to be displayed. Once the payment of the fine is formed, the case will automatically be disposed of. just in case the accused wants to contest the traffic challan, then the case is going to be addressed by the Regular court, as per the territorial jurisdiction.

The procedure aids to expedite the disposal of cases, especially in cases where the accused earlier had to travel to the court even for pleading guilty. This process also helps in reducing the footfall of the court.

Apart from this, the judges were given laptops with the web, digital signatures were introduced and district court websites were made functional. Through these websites, citizens could check the status of their case, daily order sheets, and final orders too.

A common software platform referred to as CIS (Case Information Software) has also been created, with which all the court data are going to be uploaded including the past cases. Video conferencing facilities in courts and jails are in their final stages.

Mobile applications like eCourt services for District and Taluka courts, Justis Mobile App for judicial officers have also been made. Phase 2 accomplishments also include websites like e-Filing through which citizens can file their case from home, check real-time case status, make court fee payments via ePay facility. By the end of Phase 2, there'll be discontinuation of manual registers, the introduction of a cloud-based system for all court-related work, and digitalization of all cases, whether pending or decided.

Access to justice is one of the foremost and essential features of democracy. The adoption of recent technology would help in addressing the matter of accessibility to justice and further envisages that online courts facilitate courts to function as a ‘service’, and not a ‘place’.

The ease with which the rapid migration to online platforms has been taking place across the earth shows this is often an ideal time for India also to inaugurate electronic filing of cases, applications, and pleadings with a synopsis of arguments, law, and precedents relied upon as a parallel measure. Even trial courts can explore the concept of getting evidence filed electronically and remote cross-examination through video calls. But, before embracing an entire or substantial virtual hearing protocol, bar and bench committees got to be constituted at the supreme court also because of the district level to discuss the available infrastructure. there is no second opinion that online courtrooms will improve accessibility, reduce pendency of cases, and have a positive impact on the environment.

‘Access to justice’ encompasses a spread of aspects which also include ensuring everyone who seeks justice must tend the minimum cost factor to approach a court of justice and time for disposal of the cases.