Distribution of Property Among Heirs of Female Hindu 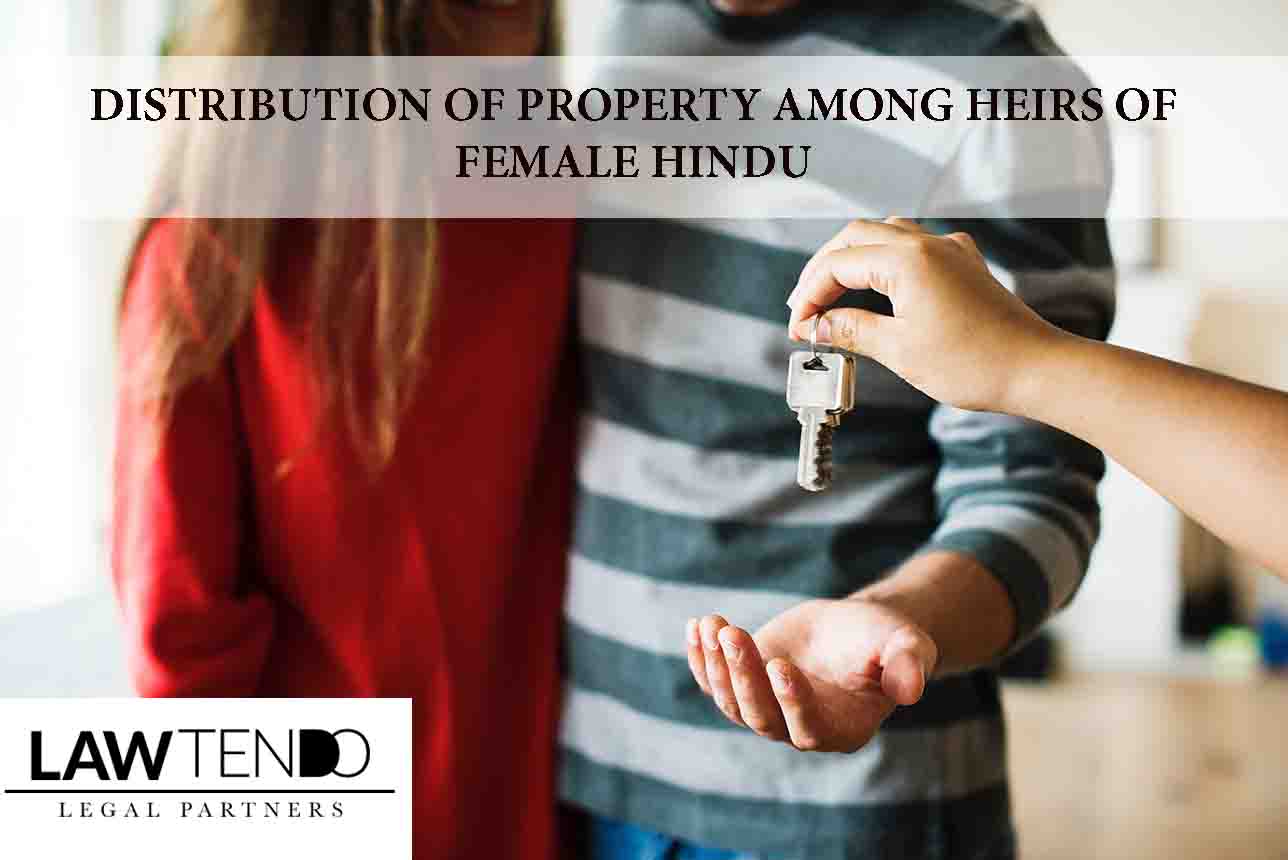 Later the concept of STRIDHAN has recognized under which female had right over the jewelry and other ornaments which were given to her by husband or father at the time of marriage but she had no right over the property and houses i.e. immovable property.

Later the concept of HINDU SUCCESSION ACT was recognized, under this act, there were no different types of school as DAYABHAGA and MITAKSHARA. Old Hindu law and customary law of succession stand abrogated. Now we have only one uniform law of succession for all Hindu.

HINDU WOMEN’S RIGHT TO INHERIT THE PROPERTY: HINDU SUCCESSION ACT, 1956: The Hindu succession marks a new era in the history of social legislation. Modern concepts were adopted with reference to old customary laws by modifying and making certain changes in customary laws. At the time of making this law article 15 of the Indian Constitution was kept in mind i.e., there shall be no discrimination on the basis of gender. Supreme Court held that daughters have equal rights in the ancestral property, even if they were born before enactment of Hindu succession act, 1956 also held that shares will devolve on the daughters as well. Section 14 of the Hindu succession act gives to a female an absolute right and title over the property and female as the full ownership over the property, not a limited ownership. Under the amendment in Hindu succession, daughters have equal rights and liabilities in the coparcenary property as the son.

The amendment which is made under this act empowers the women socially as well as economically. We live in an independent nation, everybody should enjoy equal rights as well as free from all the domination. So the act makes women independent from every other person.

Lawtendo aims to simply help you find the best and the right lawyers for you. We believe in providing you assistance we believe in equality and we don’t support gender discrimination. As society used to think that if women will be given many rights over the property then that will give them much freedom also which can bring chaos in the society as well as family. There are many women who don’t want themselves to involve into cases so they rather sit silently then go to the lawyers. We believe in gender equality and want to bring women empowerment in the nation. With our ever-growing 4000+ lawyer networks who have skill and knowledge on every topic related to law and who can resolve your dispute in the best manner.

For more information Call/WhatsApp +91-9671633666 or visit our website www.lawtendo.com