How do girls misuse women protection laws in India and around the world? 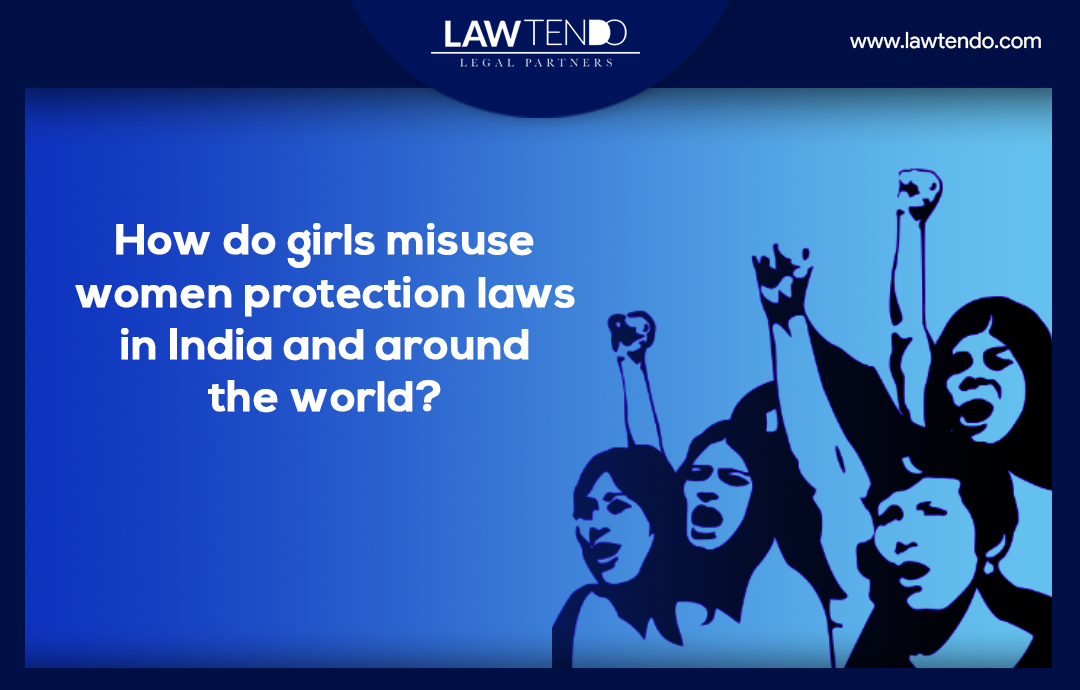 Misusing of 498a is the menace which has ruined lives of many. The case for dowry and domestic violence have increased and women have even misused it just for the sake of money.

Men are arrested without strong evidence. The law made to save lives have killed many lives. They are not heard, they are not treated well, etc.

Some of the ways are listed below:-

1.Faking domestic violence/abuse - This is when a women accuses the spouse / immediate relatives of abuse. Since it's a non bailable offence, guilty or not, the accused will go to jail until trial. There are plenty of cases where the women blackmail the spouse/family by threatening to file such a case.

2. Harassment at workplace -  it was not long ago I had a discussion regarding the same with some of my colleagues. It was quite surprising to find out that many are afraid of confronting women at workplace even at professional level lest someone harbours an ill will against them. Again, there have been incident where one is wrongly accused of sexual harassment/harassment at workplace. Note that I said only accused. Even a simple accusation can mar your image in the industry let alone your company (that is if you are still continued to be employed there after such an incident). This "threat"  increase as you climb up positions in your company.
3. Harassment at a public place - Very similar to the above mentioned case. There have been multiple social experiments conducted to show the "mob mentality"  of people towards such situations. If you happen to get caught in such a situation, you at severe risk of getting physically abused by the public. Not to mention a further police investigation if the female wishes to pursue it further.
Higher Judiciary has started taking cognizance of the rampant misuse of these laws, however, still a lot of awareness needs to be spread so that the society can get over it's misandrist mindset.
On a different note, making someone run around courts in itself is a punishment. So it depends more on how much one is determined to return the favor.

That being said, these are just some possibilities of abuse by women. But I believe that the percentage of women population that would 'pull off' such a stunt is rather small, but nevertheless one should stay frosty!

To have daily updates of blogs, legal topic and legal news visit www.lawtendo.com.