How do I reply to a defamation legal notice? 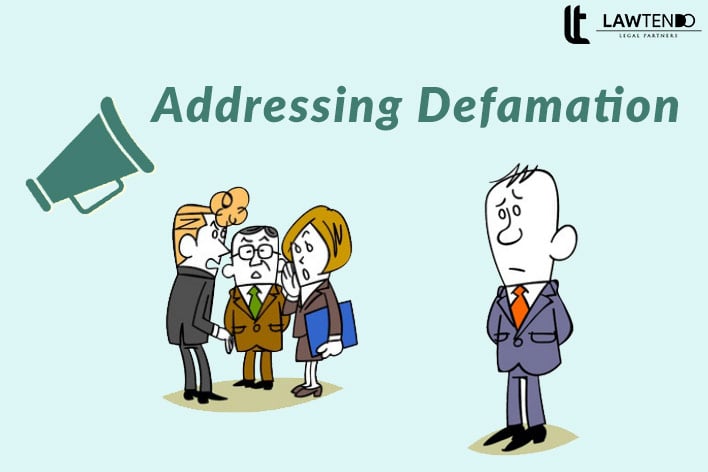 When to send a defamation legal notice?

When to send a defamation legal notice?

The criminal defamation suit under Sections 499 and 500 of the Indian Penal Code (IPC) was filed in August 2018 by the Ahmedabad District Cooperative Bank (ADCB), in which Union Home Minister Amit Shah is a director against Congress national spokesperson Randeep Surjewala. Recently a bailable warrant has been issued by a metropolitan magistrate court or not appearing for a defamation suit hearing despite being issued summons two times.

Defamation relates to making a false statement against a person or a business that damages their reputation or tarnishes their image in society. Compensation can be claimed if any person or entity feels that they have been publicly insulted.

When to send a legal notice for defamation?

Defamation is dealt under  Section 499 of IPC where a person can seek remedy under the criminal law or under the Code of Civil Procedure.

Legal notice for defamation can only be sent by an individual and not his parents, friends or family members. A defamation notice must be strongly drafted and thus taking the help of an expert lawyer to draft such notice is highly advisable. Lawtendo empanels over 15000+ lawyers and can find the right lawyer for your case within your reach and budget for the same.

In order to sue someone for a defamatory statement, there are six elements that must be satisfied:

Laws pertaining to the legal notice of defamation

A defamation notice is governed by the following two laws:

Right to a reputation for an individual is an important and integral right and it is also listed as a fundamental right and guaranteed under Article 21 of the constitution.

Defamation is also restricted under the freedom of speech and expression mentioned under Article 19 (1)(a).

If anyone does anything that covers the definition of defamation under Section 499 of IPC, then that person can face punishment under Section 500 of IPC.

Drafting a legal notice for defamation

Consulting a domain expert lawyer, with good drafting skills should be the first step in the filing of a legal notice. Lawtendo empanels more than 15000 lawyers for the purpose of allowing people to find expert legal advice online through them and also to provide lawyers close to your area of residence.