How long does it take a lawyer to file an anticipatory bail in court? 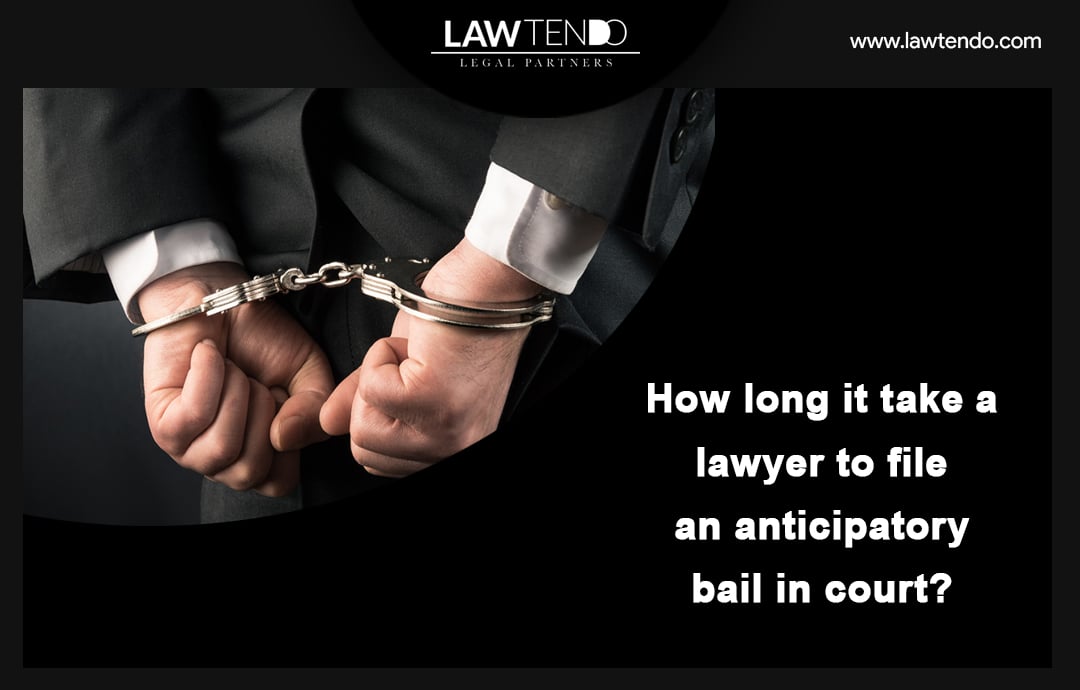 How long does it take a lawyer to file an anticipatory bail in court?

Anticipatory bail is meant to be a safeguard for a person who has false accusation or charges made against him/her, most commonly due to professional or personal enmity, as it ensures the release of the falsely accused person even before he/she is arrested.

Under Section 438 of the Criminal Procedure Code there is a provision for a person to seek ‘Anticipatory Bail’. This means that an individual can seek or request to get bail in anticipation or in expectation of being named or accused of having committed a non-bailable offence.
Normally the bail takes 15 to 30 days, as when you file a petition then the public prosecutor receives the petition he will file objections which takes few days, thereafter the arguments are heard then orders are passed , the whole process takes 15 to 30 days normally.

But in matters like 498A , police usually take a long time to file objections. Till objections are filed, Judge keeps on giving dates for hearings. Here is where you need Lawtendo who helps you find the right lawyer to file an IA for interim anticipatory bail.

To get anticipatory bail the person seeking it, must approach the Court of Sessions or the High Court and citing section 438 of the Criminal Procedure Code as well as giving proper reason, apply for it. If the court, based on a number of conditions and the nature of the case, sees merit in the petition the bail is granted. Hence if and when the person is arrested, he/she will be immediately released on the basis of the anticipatory bail.

Conditions that are taken into consideration by the court when granting anticipatory bail include, but are not limited to:

-The person will make him/herself available for interrogation by the police as and when required by them.

-The individual shall not directly or indirectly  make any threat, promise or offer any bribe to any person who is connected to the case or knows       facts about the case, so as to keep them quiet or to get them to change their report of facts to the court or the police.

-An assurance that the person shall not leave India without prior permission from the court.

Lawtendo offers 10,000 lawyers in their network base spread over 60+ cities, Lawtendo is one of the growing and leading platforms of help and legal solutions. You can consult the lawyer online and also ask legal advice online. Lawtendo lets you find the lawyer anywhere in India online.
Visit www.lawtendo.com or call +919671633666