How to lodge an FIR in India? 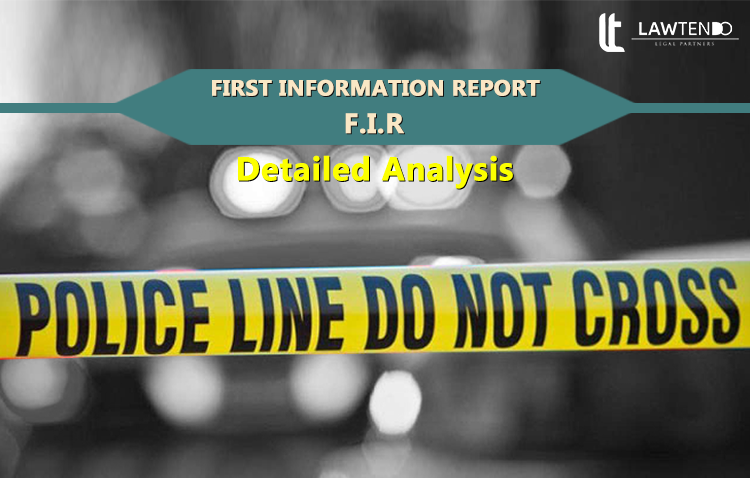 In the modern-day when legal disputes and the crime rate is on a surge, coming across something unlawful is pretty evident. However, to mobilize the mechanism of justice and initiate police proceedings an FIR serves as a crucial document.

The FIR or the First Information Report is prepared by Police when they receive information about the commission of a cognizable offence. Cognizable offences are the ones where a police officer can arrest a person with or without a warrant. These are the offences where investigation can be initiated prior to obtaining permission from the court.

FIR is a written document, however, it can be given in verbal as well as in written form. Even a telephonic conversation can be considered as an FIR depending upon the facts and circumstances of the case.

Why is an FIR Registered?

Only after the registration of an FIR, the investigation is carried out. Even though the FIR is not considered as a substantial piece of evidence, it is advisable to register FIR as soon as one comes to know about the occurrence of a cognizable offence. If there is a delay in filing FIR then a reasonable reason has to be taken into consideration.

Who can file an FIR?

Under section 154 of Criminal Procedure Code, 1973, the procedure for filing an FIR has been given. Usually, a person visits the police station for filing of the FIR or complaint. No charges are charged for filing the FIR.

In the Criminal Procedure Code, 1973 it is mandatory for the police officer to register the FIR. In the case where a police officer has refused to register an FIR then the person can send the substance of information in writing and by post to the concerned Superintend of Police (SP).

How to lodge an FIR?

Step-1: Visit the nearest Police Station where the commission of crime has taken place.

Step-2: Give information orally or in written format. In case the information is being given verbally then it is the duty of the officer in charge of the police station to deduce it in writing and then it should be read out to informant.

Step-3: The information deduced in writing has to be signed by the informant.

Step-4: Duty of Police officer is to record the FIR in their record book.

Step-5: The informant should be given a copy of the FIR free of cost.

Thus registering an FIR can turn out to be a fairly simple process if you know the correct procedure.