Want to file a Writ Petition? Here’s all you need to know 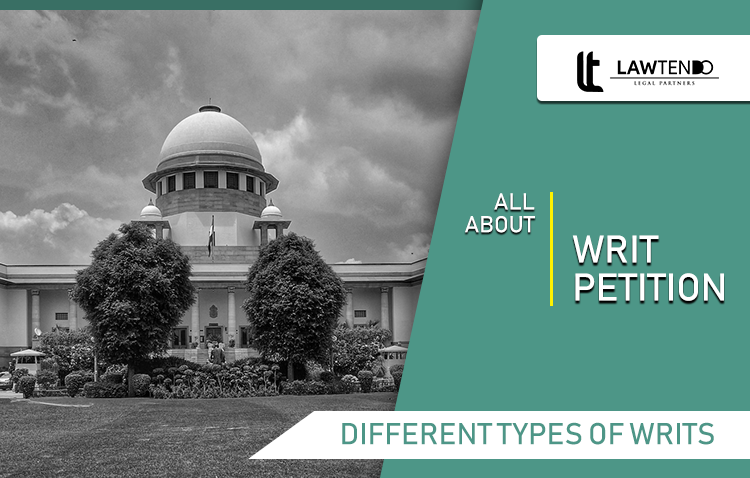 A Writ is a legal document that could be a formal written order issued by a body with judicial jurisdiction; this body is mostly a court.

A Petition is a formal written request, typically one signed by many people, appealing to authority in respect of a particular cause.

Any filing that a party or an individual makes with an appeal in the court in order to secure a speedy review or trial of the concerned issue is called filing a Writ Petition.

How can a Writ Petition be filed?

A Writ petition may be filed within the High Court or the Supreme Court.

Supreme Court: One can file or draft Writ Petition under Article 32 of the Indian Constitution in the Supreme Court.

The procedural steps are:

·         Drafting of writ petition for representation in courts.

·         One needs to file the petition at the filing counter in court after the drafting process is complete.

·         The court admits the petition and sends a notice to the other party on the hearing date.

·         A new date is appointed by the court wherein the presence of both the concerned parties is expected.

·         The court on the final date considers all the contents of the petition, thereby granting a relief accordingly.

1. Habeas Corpus: which means “you may have the body." This writ is issued to produce a person who has been detained, whether in prison or in private custody, before a court and if the detention is not reason enough the person would be put out of custody.

2. Mandamus: which means "We Command". Mandamus is basically an order from the Supreme Court or High Court to a tribunal or public authority or lower court mainly to perform a duty that is public or statutory. This writ of command is issued by the Supreme Court or High court when any government or court or any public authority has to carry out a public duty but fails to perform so.

3. Certiorari: which means “to be certified”. The Writ of Certiorari can be issued by the Supreme Court or any High Court for quashing/reversing the order which is already passed by an inferior/lower court, tribunal or Quasi-judicial authority.

4. Prohibition: which means “To forbid or To stop” and it is popularly referred to as 'Stay Order'. The legal document of prohibition is issued by any state court or the Supreme Court to any judicature, or Quasi-judicial body prohibiting the latter from continuing the proceedings in an explicit case, where it has no jurisdiction to try.

5. Quo-Warranto: which means "by what warrants?" or "what is your authority?" It is a legal document issued with restraint on an individual from holding a post that he's not entitled to. If a person has usurped a public office, the Court may direct him not to carry out any activities in the office or may announce the office to be vacant.

Whether you need help to draft Writ Petition or want to know about the different stages of the writ petition, we at Lawtendo can help you.

You can consult a professional online and raise legal queries for free. Drop us a mail at info@lawtendo.com or you can contact our consultants directly on +91 9671633666.