What are PIL and its procedure 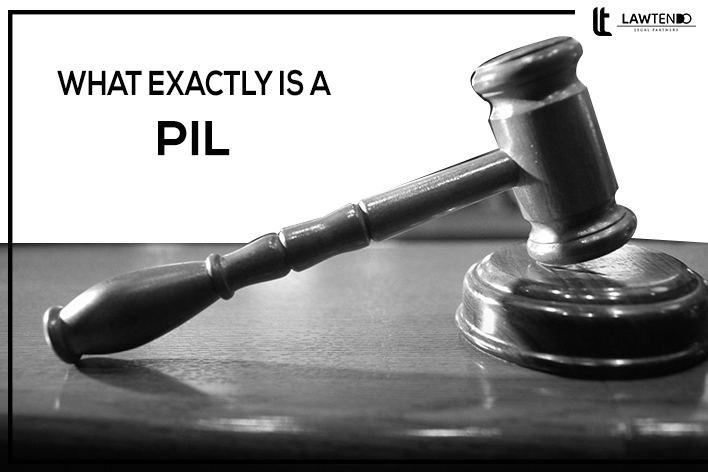 What is a PIL and how can it be filed?

Many times, it has been observed that due to misguided government policies or the lack of rules and regulations, public interests are compromised to a great extent and violation of human rights, social injustice and corruption get a chance to establish their roots in our society.

Society and its interests are of much importance and with Public Interest Litigation (PIL), it is possible to protect the interest of the public. As the name suggests, PIL is a form of a legal action that could be taken by any individual, group of citizens or an NGO for the benefit of the public.

When can a PIL be filed?

A PIL can be filed if there is a violation of any of the following;

- Basic human rights or the rights of the poor

- when a public authority doesn’t perform the public duties properly

PIL is part of the process of participate justice and standing in Civil Litigation of that pattern must have liberal reception at the judicial doorsteps.

A letter-petition must be filed to as per the guidelines on which the petition/letters are entertained by the court of law.

Petitions falling under the following specific categories are ordinarily entertained:

- The exploitation of common-workers or non-payment of standard wages or against any matter of in which violation of Labour laws is observed.

- Matters relating to female rights violations and atrocities conducted on women, for instance, harassment of bride, rape, murder,     kidnapping and others.

- Matters relating to harassment of less-privileged or people from backward classes or scheduled castes and scheduled tribes.

- Matters pertaining to environmental destruction, pollution of nature, which may disrupt the ecological balance.

- Matters against drug abuse, violation of drug laws, food adulteration and others.

- matters relating to maintenance and protection of heritage and culture, antiques.

Who and Where Can a PIL be Filed?

Any individual who is a citizen of India or a group of people, organization or an NGO can file a PIL in order to protect the public interest. A PIL can be filed in either any of the High Courts or the Supreme Court of India. A court fee of Rs. 50 needs to be affixed on the petition before filing.

Procedure For Filing a PIL

Thorough research is involved in filing of a PIL as it concerns public interest and several individuals would be affected with the same. It is of utmost importance to research and consults all concerned groups who may get affected with the petition.

Once it is decided to move ahead with filing of the petition, all relevant documents and important information needs to be collected and presented as a strong backing to prove your claim and give the case backing. It is advised to appoint an advocate to file the petition and argue in front of the court for the same. You can also argue in person, however, you need to be very prepared to explain the issue in-depth and convince the court in favour of your claim, which without practice, is a very difficult option to pursue.

After the PIL copy is ready, two to five (Depending on the court)copies of the same are submitted in the court and a copy each of the PIL needs to be served to each respondent in advance. The proof of serving of the PIL copy need to be attached to the petition. In the case of the petition being filed the Supreme Court, the respondent is served with a copy when the notice is issued from the court itself.

Bhanwari Devi, when trying to stop marriage of 1-year-old girl child in rural Rajasthan, faced much harassment at the hands of the local community. This also resulted in the socio-economic boycott of her family. This did not stop here. On September 22, 1992, five men raped Bhanwari Devi.

In this case, the Vishaka writ petition was filed in 1992 in the names of five NGOs against the State of Rajasthan, its Women & Child Welfare Department, its Department of Social Welfare, and the Union of India.

This landmark judgement recognized ‘Sexual Harassment’ as a “clear violation” of the constitutional fundamental right of equality, non-discrimination based on gender, life and liberty and also the right to carry out any occupation. Strict guidelines were passed for employers to include a definition of sexual harassment and state down its preventions and remedies and a sexual harassment policy to be strictly formed and followed at workplaces for the preservation of the right to gender equality.

This judgement also enforced women’s rights and sexual harassment policies being framed for all organizations having even a single female employee. This case has been described a “one of the most powerful legacies” of PIL and has created a revolution in itself.

- Hussainara Khatoon vs. The State of Bihar

This case is regarded as one of its kind and focussed in the situation of under-trials in Bihar which have been in detention pending trials for a period which was much more than the sentence of the offence.

The court to address this concern not only made the right to a speedy trial the central issue but passed an order of general release in more than 40,000 pending cases which were under-trial for the same.

Can the PIL be Filed Online?

Unfortunately, there is no such facility that enables you to file a PIL online. But to file a PIL one can use email or a letter and post it to the High Court where the PIL needs to be filed. Therefore, the best way to file a PIL in the court is through the letter.

Lawtendo can connect you with the legal experts in more than 700+ districts in India, should you be interested in discussing a matter of PIL. Our domain-expert legal base of 15000+ attorneys can provide you with the right advice, guided procedure and the required motivation to move ahead in the matter of PIL.