What to do when faced with bouncing cheques 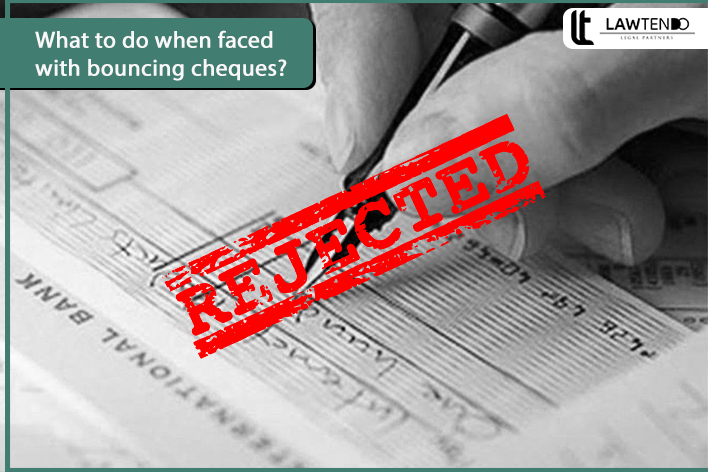 Cheques are an integral part of our economy and are used in almost all transactions, be it paying the fees of your child or making bulk payments to a vendor. Cheques are becoming the most preferred mode of payment.

What is a cheque

A cheque is a negotiable instrument or in other words, a document that represents a promise to pay which has been defined under Section 6 of the Negotiable Instruments Act,1881.

The problem of Cheque Bounce

The most common offense in today’s financial world is the bouncing of cheques. A check is said to bounce when it is dishonored by the recipient bank

Reasons for Dishonor of Cheque

A cheque once drawn may be returned by the drawee bank because of any of the following reasons such as Insufficient Funds, Non-Applicability of Funds, Irregular Signature, Alterations in the Cheque, Post-dated Cheque, Stale Cheque etc.

What happens when a cheque is dishonored?

If a cheque is dishonored then the drawee bank issues a ‘cheque return memo’ to the payee mentioning the reason for return. A cheque is said to be bounced or dishonored when it is returned by the drawer’s bank unpaid, owing to any of the reasons mentioned above.

What is the law in India relating to the bouncing of cheques?

Bouncing of cheques is considered to be a criminal offense in India and you can file a criminal complaint under Section 138 of the Negotiable Instruments Act. You can also file for a civil suit for recovery of the cheque amount, along with the cost borne along with interest.

What can you do in case of a cheque bounce?

The first step is to serve a Notice to initiating a cheque bounce case. Notice against bouncing of Cheque is to be issued within one month of the date of return of the Cheque by the bank. Service of notice on the person issuing the Cheque is mandatory.

The second step, filing a complaint that should be done carefully through a highly qualified lawyer. The complaint is to be filed before the Magistrate of the area concerned within 30 days from the date of dispatch of the notice.

In the third step, the court shall issue a notice to the accused person or the person who has issued the cheque after the filing of the complaint and the said person is required to appear before the court and seek bail from the court and contest the matter if any friable issue is raised by him.

In the fourth step, the evidence in support of the complaint shall be taken up by the court. These are the cheque, the memo issued by the bank and the record showing the service of notice on the person who has issued the cheque.

In the fifth step, the case is tried in a summary way and the court has to take into consideration the records furnished by the complainant and the evidence in support.

n the sixth step, a punishment as contained under Section 138 of the NI Act is given which is two years and a penalty of the amount equal to two times the amount as mentioned on the cheque.