What if the bank dishonoured a cheque by mistake? 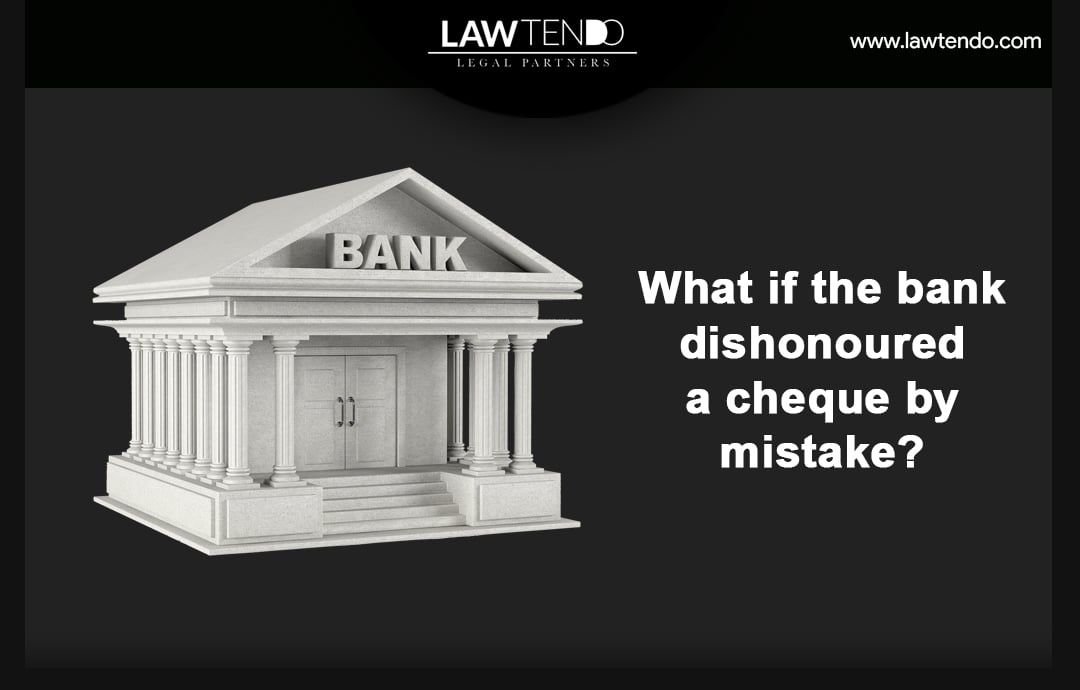 What if the bank dishonoured a cheque by mistake?

According to Section 138 of the Act, the dishonour of cheque is a criminal offence and is punishable by imprisonment up to two years or with monetary penalty or with both. If payee decides to proceed legally, then the drawer should be given a chance of repaying the cheque amount immediately. Such a chance has to be given only in the form of notice in writing.

Wrongful dishonor refers to a bank's failure to honor a valid negotiable instrument, such as a check or draft that has been presented to it for payment. If the check is valid and there are sufficient funds in the account to cover it, a bank's failure to honor it within the time period stipulated by the Uniform Commercial Code (UCC) would constitute wrongful dishonor.
Article 4, Section 402 of the UCC states that a bank wrongfully dishonors a negotiable instrument, such as a check or draft, if it refuses payment even though the instrument is properly payable, meaning that it has been authorized by the customer and is in accordance with the bank’s agreement with that customer. However, a bank may dishonor an instrument if honoring it would create an overdraft of the customer’s account, unless the bank has a pre existing agreement to honor that customer’s overdrafts, for example, through overdraft protection.

The payee has to send the notice to the drawer with 30 days from the date of receiving “Cheque Return Memo” from the bank. The notice should mention that the cheque amount has to be paid to the payee within 15 days from the date of receipt of the notice by the drawer. If the cheque issuer fails to make a fresh payment within 30 days of receiving the notice, the payee has the right to file a criminal complaint under Section 138 of the Negotiable Instruments Act.

A bank may choose to dishonor an instrument due to insufficient funds at any time between the receipt of that instrument and the time that the payor bank returns the instrument or gives notice of dishonor. Only one such determination is necessary. However, if the bank later decides to reevaluate that decision to dishonor, it should use the customer’s account balance as it stands at that later time in its reevaluation.

If a cheque has been dishonored by bank by mistake then the bank has to reimburse the cheque return charges to the customer.

Well that's the bitter fact of banking that customers don't know of. Nevertheless you may rewrite a letter claiming compensation. See what the reply comes. If you go to consumer forum you may demand compensation for a reasonable amount, Lawtendo is your ultimate help. But be prepared to explain how you "lost credibility" when evidently the cheque return memo proves it was banks' fault not yours.

In these cases with banks they try to delay and ultimately when you don't give up, they pay up. Also in most cases the higher offices don't know about this. Forgetting to upload signature can be human error but to not make amends later is serious. You write a letter to branch with copy to regional head and chairman. Mention what you suffered and what you want precisely with copy of all proofs. If you don't get what you want in 30 days. Forward the complaint to RBI bank. Or district consumer forum. Your choice where you want. To get a proper advice contact Lawtendo.

Banks can also be liable for loss of dishonoured cheques.

Who can help you with this?
Looking for an experienced lawyer? Look no further. Have a consultation with some of best lawyers in India with Lawtendo.