What is anti-defection law? 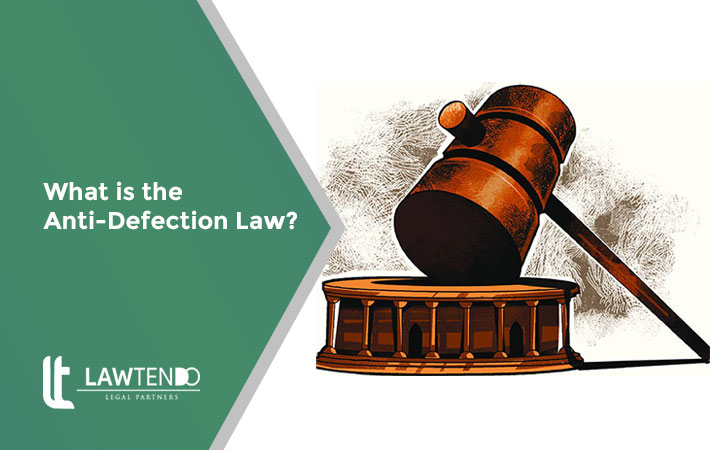 The Anti-defection law was enacted in 1985 to deal with this problem of political instability created by the elected legislators. For addressing the perceived problem of instability caused by democratically elected legislators in India's Parliamentary System of Government shifting allegiance from the parties they supported at the time of the election, or disobeying their parties' decisions at critical times such as during voting on an important resolution, the Tenth Schedule to the Indian Constitution was enacted. Such shifting of allegiance was considered to be a symptom of endemic political corruption, which in turn provided some legitimization for corruption prevalent in other aspects of life in the country.

The anti-defection law was legislated to deter MLAs from defecting from their political parties. They can lose their seats in the legislature for defying their party. And once they are declared as a defector, they cannot become a minister in a government for six months.

The primary intentions of the law were:

Note: The Chavan committee suggested that a member who changes party allegiance for monetary benefit or other forms of greed, such as a promise of the executive office, should not only be removed from parliament but also barred from contesting elections for a specific time period.

Article 102 prescribes the disqualification for membership of either house of parliament as:

(2) If he is so disqualified under any law made by the parliament ( Parliament has prescribed the necessary disqualifications in the Representation Of People’s Act, 1951 )

DISQUALIFICATION ON GROUND OF DEFECTION

52nd Amendment Act 1985 added the Tenth Schedule to the constitution which specifies the disqualification on the ground of defection.

The Amendment added a new clause (2) to Article 102 and 191 which provides that a member shall be disqualified for being a member of either house of the parliament or of the state legislature if he incurs the disqualifications specified in the tenth schedule.

Exception - The above disqualification will however not apply

(1) if a member goes out as a result of a merger of his original political party with another political party provided ⅔ of the members of the legislature party have agreed to such merger, or

If the question arises as to whether a member of a house has become subject to any of the disqualifications under the tenth schedule, the question shall be referred to the chairman or the speaker of such house, whose decision shall be final. The decision of the presiding officer shall not be called in any court of law.

What does voluntarily giving up party membership mean?

In a 1994 judgment( Ravi Naik vs. Union of India), the Supreme Court had held that voluntarily giving up membership does not necessarily mean that the legislator needs to formally resign It can be inferred from the member’s “conduct” as well. The court held that an inference can be drawn from the conduct of a member that one has voluntarily given up his party membership, even in the absence of a formal resignation from the membership.

What are the Speaker’s powers?

The Speaker of the House enjoys vast powers on disqualification proceedings, with the Supreme Court consistently holding that it would not interfere in such proceedings until the Speaker actually makes a decision.

One of the first cases in this regard was a 1992 judgment (Kihoto Hollohan vs Zachillhu) when the court asserted that “having regard to the Constitutional Schedule in the Tenth Schedule, judicial review should not cover any stage prior to the making of a decision by the Speaker or Chairman”.

As for the time requirement that the Speaker can decide the disqualification proceedings, the Supreme Court stated in January this year that the decision should ordinarily be taken within 3 months in absence of any exceptional circumstances.

Various Recommendations to overcome the challenges posed by the law:

Disqualification should be limited to the following cases:

Provisions which exempt splits and mergers from disqualification to be deleted.

Political parties should limit the issuance of whips to instances only when the government is in danger.

Decisions under the Tenth Schedule should be made by the President/ Governor on the advice of the Election Commission which would be binding.

After the political turmoil in Rajasthan politics between CM Gehlot and the then deputy CM Sachin Pilot, Pilot and the rebel MLAs challenged first ground under clause 2(1)(a) in the court, asserting that the provision cannot be so widely construed that the very same fundamental freedom of speech and expression of a member of the House is jeopardised.

“Mere expression of dissatisfaction or even disillusionment against the party leadership cannot be treated to conduct falling within the clause 2(1)(a) of the 10th Schedule of the Constitution of India,” their petition had said.

They demanded that clause 2(1)(a) be declared ultra vires (outside the scope of) the basic structure of the Constitution, and the freedom of speech and expression under Article 19(1)(a).

A lasting solution to the problem can only come from the adherence by political parties to a code of conduct that takes into account the fundamental priorities and decencies that ought to govern the functioning of democratic institutions. Aaya Ram Gaya Ram phrase became popular in Indian politics after a Haryana MLA Gaya Lal changed his party thrice within the same day in 1967.  Thus the anti-defection law seeks to prevent political defections which maybe because of the expectation of a reward of office or any other similar considerations. However keeping the recent political turmoil in India in mind, there is an immediate need for improvement.