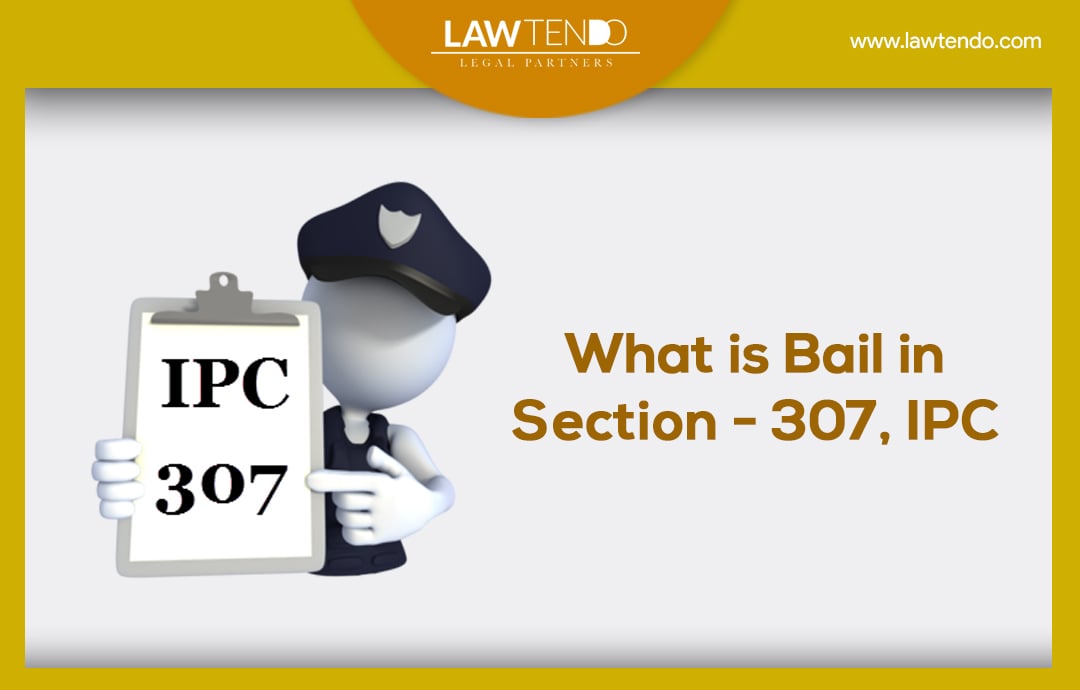 Section 307 of the Indian Penal Code deals with the offence of attempt to murder. Section 307 states that “Whoever does any act with such intention or knowledge, and under such circumstances that, if he by that act caused death, he would be guilty of murder, shall be punished with imprisonment of either description for a term which may extend to ten years, and shall also be liable to fine; and, if hurt is caused to any person by such act, the offender shall be liable either to imprisonment for life, or to such punishment as is herein before mentioned.

When any person offending under this section is under sentence of imprisonment for life, he may, if hurt is caused, be punished with death. ”
Section 2 of the Code of Criminal Procedure, 1973 defines bailable and non bailable offences. Bailable offence is an offence which is shown as bailable in the First Schedule and it is right of the accused to be released on bail on giving required security.

What is a Bail?

Bail implies an order of release of an individual from jail and frames a vital piece of our criminal justice system which assumes each man innocent until (conclusively) proven guilty. Bail is conceded during the pendency of the trial of an appeal. Before bail is granted to the accused, a surety gives a guarantee to the Court that the accused will appear in the Court as and when required. In addition, a whole of cash is to be deposited to guarantee his appearance under the steady gaze of the Court, which generally stands relinquish.

You should file an application for Bail in sessions court if bail is rejected by Magistrate court or High court if bail rejected by sessions court. sec 307 is Non bailable and cognizable offence, bail is Depending upon the facts of the case, the judge decides whether you should get bail or not.
In non-bailable cases, bail is not the right but the discretion of the judge if regards the case as fit for the grant of bail, it regards imposition of certain conditions as necessary in the circumstances. So, you should hire a lawyer who will study your case in details and than after go with further procedure regarding the bail. Lawtendo has the best lawyers who can help you in cases.

Under Indian criminal law, there is a provision for anticipatory bail under Section 438 of the Criminal Procedure Code. Law Commission of India in its 41st report recommended to incorporate this provision in procedure code. This provision allows a person to seek bail in anticipation of an arrest on accusation of having committed a non-bailable offence.

Anticipatory bail is a direction to release a person on bail, issued even before the person is arrested.

Lawtendo offers 10,000 lawyers in their network base spread over 60+ cities, Lawtendo is one of the growing and leading platforms of help and legal solutions. You can consult the lawyer online and also ask legal advice online. Lawtendo lets you find the lawyer anywhere in India online.
Visit www.lawtendo.com.