A Complete Guide on Domestic Violence 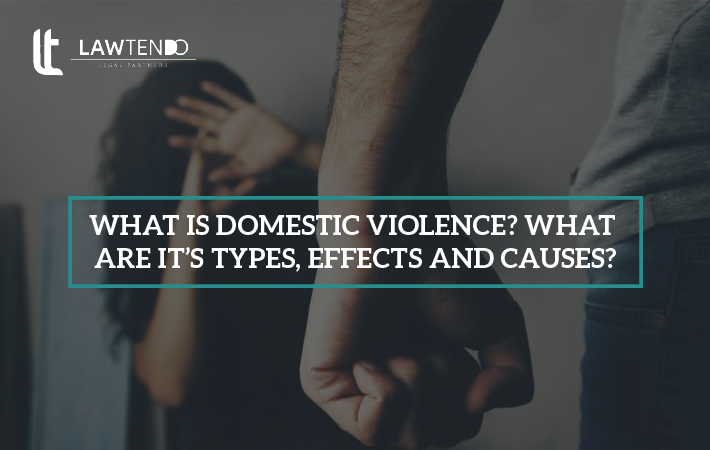 Domestic violence is to torture a person by making use of his/her power, abusing the other person physically, sexually, or even emotionally. It was initially referred to as ‘wife abuse’ but in the changing times, it has been seen that its victims can also be any other family member or roommate. According to the NCR (National Crime Bureau Record), every 4th woman has gone through domestic violence once in her lifetime, even though it does not make it to the news because many don’t report it. In rural areas, however, the reported cases are much less than the actual number of domestic violence incidents taking place because they are not well aware of the fact that it is wrong in the first place. They are not educated and it is still taboo to discuss such matters there. Domestic violence takes place in urban areas as well, but the only difference is that people are much more educated about these things and they do not shy away from reporting it in most cases.

In the year 2020 when the coronavirus pandemic was at its peak, a strict lockdown was declared by the government and people had to stay inside their homes. Though it was a cakewalk for many as they had the basic luxuries of a proper home, a family who can trust, and overall a loving environment to stay in without any issues.  But for millions of women, ‘staying home’ did not equal safety. Many were unfortunately trapped with their abusers in the house and nowhere else to go. There was a rise in the numbers of marital rapes which in India is not considered an offence.

However, Domestic violence does not always mean that something is done to harm the person. It sometimes also means neglecting the needs of a person. For instance, if someone is responsible for taking care and providing assistance to the person and he does not, it also amounts to a kind of domestic violence.

The Vicious Cycle of Domestic Violence

And then this vicious cycle continues and it again starts with tension, starts building, and then the abuse and making up for it. This is just a cycle in which the victim is tricked into. Domestic violence also takes place in homosexual relationships. But majorly in heterosexual couples where the wife is the victim in 99 % of cases. If the victims do not seek help in such situations after the initial few times, it only tends to get worse and not any better with time. Long periods of domestic violence make the victims depressed and even suicidal. It leads to unwanted pregnancy. Victims of domestic violence also have difficulty in raising their child if they get separated from the abuser or even if they live together. If the parents would not get separated it hampers the child while growing up since he will witness his parents fighting and abusing and might face emotional problems, get into drugs, or any other addiction. Without any doubt, he might also be the victim of abuse, because if the person can abuse his wife, he can also exploit his child. And if they get separated, it hampers the growth of the child in some way or the other because apart from the need of a mother, the child equally needs a father for a healthy and loving childhood. After getting a child it makes it even difficult for the women to move away from the abuser because of many society taboos like “how would a single parent(mother) manage a child with the father?”. Divorced women are looked down on in society even today in some remote areas and even urban areas in fact. Society always sees that the women might be in fault. Many victims who come out of such domestic violence generally have the support of at least someone, might be her family or a friend, or because she is financially independent. Sometimes even though there is no backing of anyone, she comes out of it very bravely. But millions of women are unable to just stand up for themselves because they are financially dependent on their partner, they don’t have the support of anybody and even her own family pushes her to “adjust” with her abusive husband. A lot of courage is required to start a new life after someone has faced so much abuse for many months or years of her life. It is even more difficult for such people to start believing in love and marriage again and trust people.

Domestic violence (both mental and physical) is mentioned in Section 498 A of the Indian Penal Code, 1860. The nature of Domestic violence is essentially civil but the legislations prescribe that the courts have to proceed in such cases as per the Code of Criminal Procedure (CrPC). The law is made to protect the civil rights of women. However, it is not applicable to all domestic cases of various types. It means that the nature of a particular case might be criminal if there is a lot of physical abuse involved in it. And if the abuse is mental and emotional, it is generally a civil case, but it still depends on what is the extent of the abuse in that particular case.

How can you File a Domestic Violence Case?

First of all, before filing a case, one should know at which places she can file the case :

Steps to follow to file a domestic violence case :

The victim can also file a case under Section 498 A of IPC which deals with when a woman is harassed by her husband or a relative of her husband. It provides for imprisonment for up to 3 years or a fine or even both.

If you don’t feel comfortable talking to someone in person about your case of domestic violence, or you don’t want to be directly involved in the case, you can contact NGOs that will help you out a deal with the situation. Some NGOs and their contact details are :

Some legal aid helpline numbers are :

You can also download the SHEROES app which is for women and talk over the AskSHEROES chat helpline.

India, which is majorly a patriarchal society, women's rights and needs are very much neglected. It is changing and evolving with the changing times nonetheless still exists. Domestic violence is not and should not be acceptable by anyone be it in any form. It should be recognized in the initial hints given by the abuser. To stop domestic violence more campaigns should be organized, primarily in the rural areas.

If you found this blog to be informative subscribe to our page. We keep posting about such enlightening articles which are useful in the day to day life of people. You can also contact Lawtendo which is an online platform that serves to connect clients with qualified lawyers in any city and for any court in India.