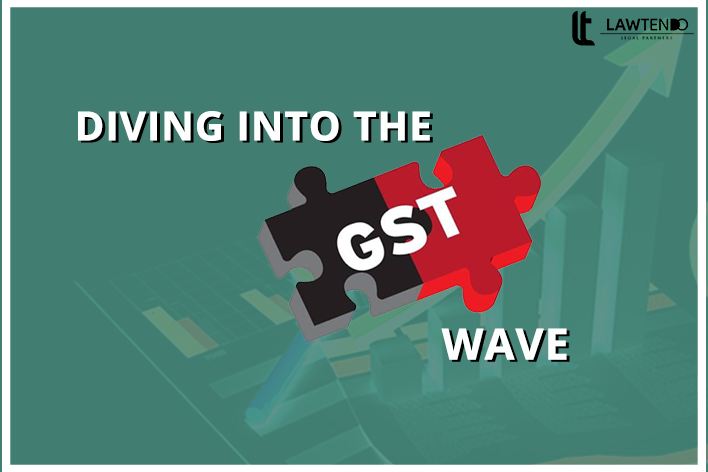 With new businesses and business organization entering the Indian economy each day, the base of India’s revenue generation is constantly growing. This means that the system of direct and indirect taxes levied by the government has now become more and more widespread and complex.

Therefore to overcome these complexities, India has replaced several indirect taxes levied by Central and State government and introduced one Pan-Indian Goods and Services Tax (GST) which eliminate the cascading effect of taxes on the economy.

Cascading effect means the tax is levied on a value which includes tax paid by the previous buyer, thus, making the final consumer pay “tax on already paid tax”.

What is the Goods and Services Tax?

GST stands for Goods and Services Tax, it is an Indirect tax that customers have to pay when they buy any goods or services like food, clothes, items of daily needs etc.

It has two components i.e. Central GST and State GST. It was brought with the purpose of uniforming the Indian market to attract business owners and investors and also to bring black money back into the mainstream market.

GST is a tax system which is applied at every step of value creation, therefore, it is difficult for owners of black money to participate in this chain without accounting for all other transactions.

The need for GST

India has notched up 53 positions in Ease of Doing Business after the introduction of GST and has made it to the top 100th ranking in 2018. Other factors which have helped in this improvement are resolving insolvency, protecting minority and getting credit.

CGST is Central GST where the powers of a centre lie, SGST is State GST where the State has the capability of imposing tax and IGST is Integrated GST which is for movement of goods within the Indian States.

This classification of the area was done to prevent an overlapping of taxation. Petroleum sector and liquor consumption are exempted from GST whereas tobacco and tobacco products come under the ambit of GST.

Some of the Key Advantages of the GST Act are:

Disadvantages of the GST Act

While there are some advantages, the move of implementing the GST there are also some key disadvantages which include:

Concluding the Key Hits and Misses of the GST Act

With now the GST completing 2 years in operation, it important to analyze its “hits “and “misses”

Hits of the GST Act

In the pre-GST period, traders had to comply with numerous rules and regulations of various tax laws. Now, tax compliance is a one-stop destination. This has augured well for the government as the revenue base has expanded exponentially and serves as the key Hit of the GST Act

The assessee base under GST has increased by about 85 per cent in the past two years. On the eve of the GST rollout, the assessee number stood at around 65 lakh, which has gone up to 1.20 crore which reflects the move as a complete Hit.

Misses of the GST Act

A major Miss of the GST has been a multitude of tax rates, which negate the basic idea of having less cumbersome taxation. The International Monetary Fund (IMF) had last year advised the government to simplify GST to smoothen the processes of business and finance clearly indicating that the current process is more of a Miss.