What is insolvency and bankruptcy code? 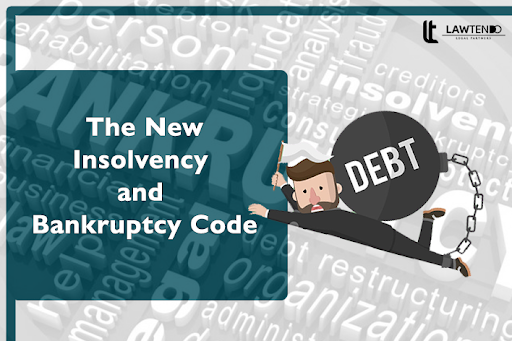 While some business organizations and undertakings flourish each day, there are some that fail to cope up with the changing trends of the market and succumbs to insolvency and bankruptcy. In such scenarios, the winding-up procedures are governed by the Insolvency and Bankruptcy Act which has recently undergone the much-required amendment.

What is the IBC Act?

The Insolvency and Bankruptcy Code is the supreme authority on bankruptcy law in India which aims to consolidate the existing framework by creating a single and unified law for insolvency and bankruptcy. The Code was introduced in the Lok Sabha on December 2015 by the Late Former Finance Minister Arun Jaitley. The code was passed and subsequently came into effect from 28 May 2016. The Bankruptcy code continues to serve as a holistic solution for resolving insolvencies which earlier was a long and delayed process that did not offer any economically viable arrangement.

Latest Amendment of the Insolvency and Bankruptcy Act 2016

With an aim to remove delays and to smoothen the process of insolvency, the Insolvency and Bankruptcy Code (Amendment) Bill, 2019 was introduced in the Rajya Sabha by the current Finance Minister, Nirmala Sitharaman. With the amendment now inlined, the Code provides a timebound period for resolving insolvency of companies and of individuals.

Key changes brought out by the Amendment Act 2019

Initiation of the resolution process

As per the original Code, the National Company Law Appellate Tribunal must determine the existence of default within 14 days of receiving a resolution application.  Based on its finding, NCLT may accept or reject the application. The new bill, however, states that in case the NCLT fails to find the existence of default and pass an order to that effect within 14 days, it must record its reasons in writing.

Time-limit for the resolution process

While the original Code stated that the insolvency resolution process must be completed within 180 days, and an extendable by a period of up to 90 days.  The new Bill now adds that the resolution process must be completed within 330 days.  This includes the time for any extension so granted and the time taken for legal proceedings in relation to the process.  Thus, if any case is pending for over 330 days, the Bill provides that it must be resolved within 90 days.