Why do you need a death certificate? 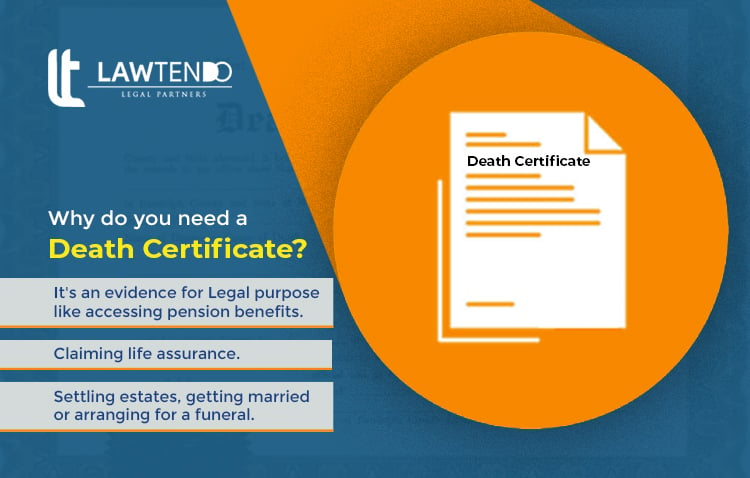 Death Certificate is evidence of the death of dead person. it's A legal document issued by the government, which declares the reason for death, location of death, time of death and a few other personal information about the deceased. In India, it’s mandatory to register an individual's death according to the Registration of Births & Deaths Act, 1969 with the concerned government within 21 days of its occurrence. It can be taken either within the form of a hospital letter where the death occurred or a certificate from a civil official who certified the death at either the crematorium or burial grounds.

Why it is required?

What are the documents required for obtaining a Death Certificate?

How can register for death Certificate?

How can we register for Death Certificate in Delhi?

In Delhi Death certificates are issued by the local bodies namely MCD, NDMC, Delhi Cantonment Board, within 7 days from the date of receipt of application from the applicant, provided the death has already been registered.

What is the process of issuing certified copies of Death Certificate?

The Certified copies of Death Certificate can be issued in three ways: