Divorce is a legal process where a married couple wants to legally dissolve their marriage. Get in touch with the best divorce lawyer in your city and proceed with divorce in a quick and cost-effective manner.

What is divorce and what are its different types?

Divorce is one of the terms whose image has undergone a complete transformation in the past decade. Which was once considered taboo is now viewed as a means to liberation, freedom, and in some cases empowerment. In simple terms, divorce means the dissolution of marriage. The accompanying legal proceedings which terminate a marital union forms an exhaustive maze of rules, regulations, and process referred to as divorce proceedings.

Divorce under any customary law or statutory rules or regulations in India can be broadly categorized into:

A mutual divorce is the one in which both the husband and the wife willingly express their consent to the legal separation by reaching common and mutually benefitting terms and conditions which shall follow the divorce. The couples who agree to divorce without any resistance, objection or reluctance from either individual to the marriage are said to divorce through mutual consent. A mutual consent divorce is usually inexpensive and less traumatic to both husband and wife. To divorce by mutual consent, the spouses have to reach unambiguous and shared terms of agreement concerning three crucial subject matters namely;

Therefore, matters of alimony in a mutual divorce, property division, and child custody in mutual divorce are negotiated by the spouses before approaching the court of law.

A contested divorce is the one in which one of the parties to the marriage, the husband or the wife, seeks divorce from their spouse, an idea which is met by strong opposition and reluctance from their partner. In other words, contested divorce reflects an unfortunate situation wherein one spouse is determined to seek dissolution of marriage. However, it is crucial to remember that the grounds on which one can proceed for a divorce are strictly defined and pre-determined as per the governing statutes and laws.

What are the various grounds for divorce in India?

Under our Indian laws, most of the divorce grounds are based on fault theory, as per which when one of the spouses commits any of the below listed matrimonial offenses against the other, the innocent party is entitled to seek dissolution of the marriage. However, it becomes pertinent to keep in mind that every disagreement between a married couple or any hardships and challenges which are a part of any relationship bound by matrimony does not form a ground for divorce in India.

In general, the grounds of divorce common for both a man and a woman in a marriage can be generalized and summarized as provided under the various customary and statutory laws in India.

What is the procedure to file for divorce in India?

Before any petition of divorce is filed at the court of law by either of the spouses, serving of a legal notice enumerating such intention of divorce becomes crucial as it grants a platform to initiate a dialogue between the couple to discuss the challenges and problems they are facing and to communicate the clear and unambiguous grounds, intentions and expectations in result to the divorce. Sending a legal notice is the first step towards severing the bond of ‘husband and wife’ between the spouses. 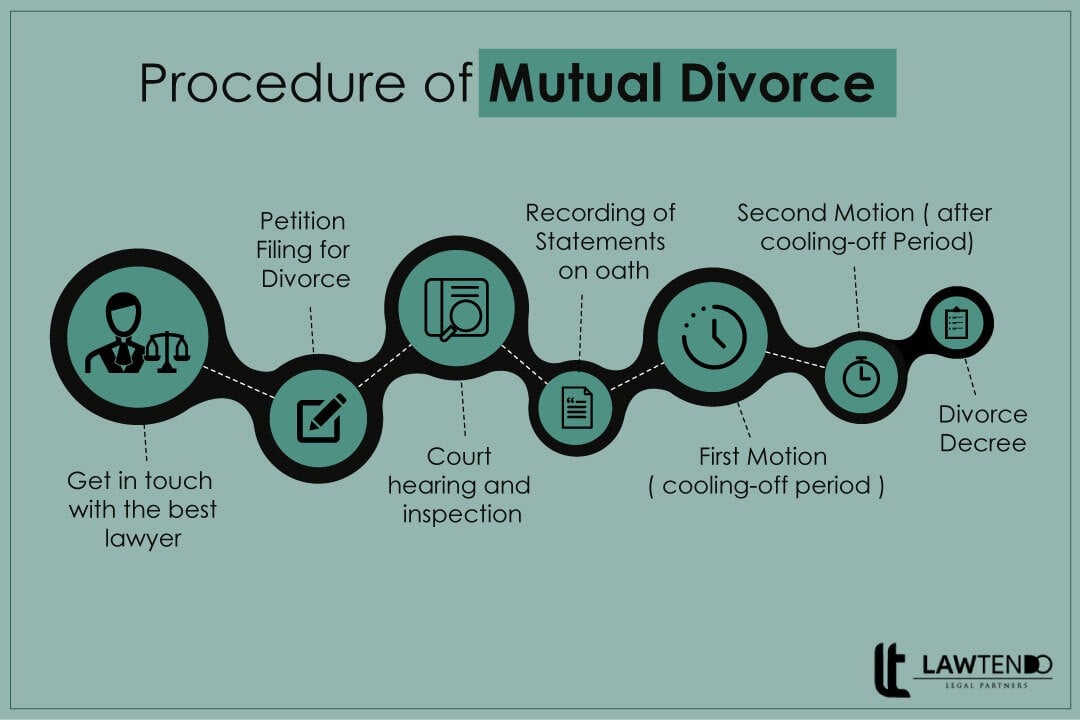 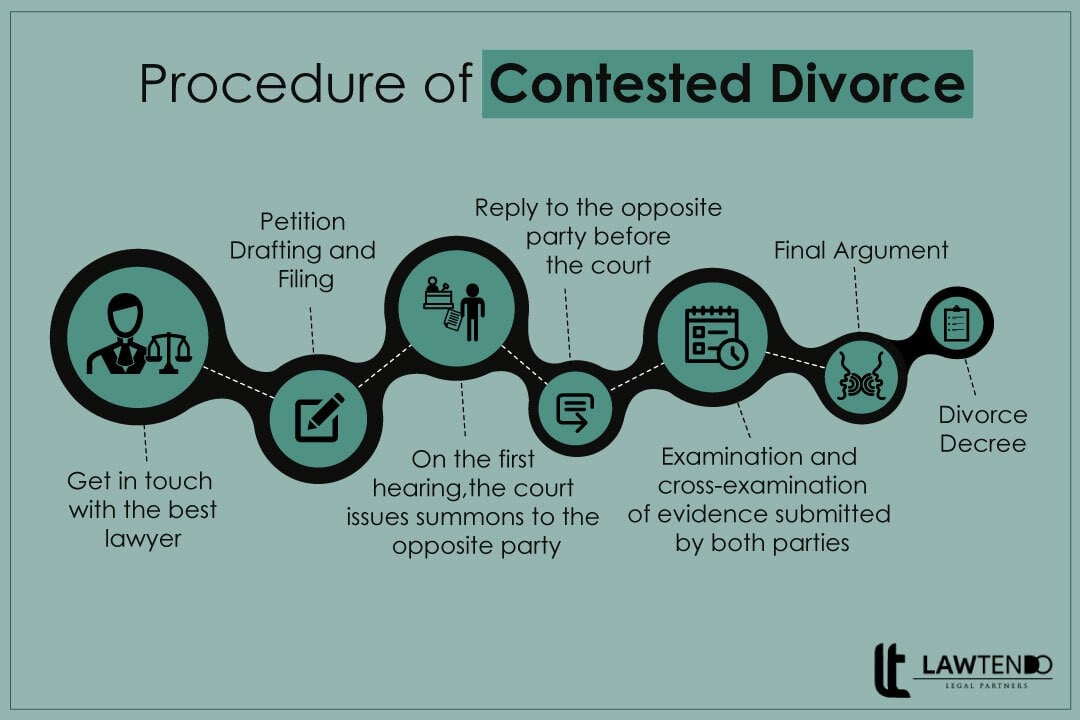 How is alimony/maintenance decided in India?

In general, the wife is entitled to receive a set maintenance amount till the time of her remarriage from her estranged husband which is decided based on the financial capability of the husband, however with the changing dynamics of the position of women in the society the honorable courts of India have in many cases held that if a woman is capable of earning and maintaining herself by the virtue of her professional success the husband is then not liable to pay maintenance to his estranged wife. There is no limit to the amount of maintenance and alimony which can be set by the court, as it is decided as per the facts of each case, the economic well-being of the responsible party, etc. Therefore, the question of alimony and maintenance is variable in every case.

When it comes to child custody divorce mother is usually preferred to be the primary custodian when the child is of tender age, however, the issue of custody is based upon the best interest of the child and his or her personal preferences. It is crucial to note that the earning capacity of any of the parties is, not a deciding factor while adjudicating upon the issue of child custody. The “best interest” of the child shall always be the deciding factor in these cases.

When can the divorced person remarry?

After a divorce decree is granted by the court and no appeal is filed against the said decree by either of the parties and/or the time for filing an appeal has been expired, it is assumed that both the parties are satisfied with the decision of the court, and henceforth, the involved parties can proceed to move on and remarry.

India is a country where marriages are considered to be a sacred commitment. At the background of such values and ideologies, the phenomenon of divorce becomes a tedious and challenging step for the estranged couple. In addition to fighting the challenges of the matrimonial separation, the couple also has to fight the social stigma together and at individual levels. In light of these challenges, the divorce laws in India are fair and practical for both parties involved. It gives ample time for the estranged couple to reconcile and if the reconciliation fails the interest of both the parties is protected and considered to a fair extent.

For A Free Consultation