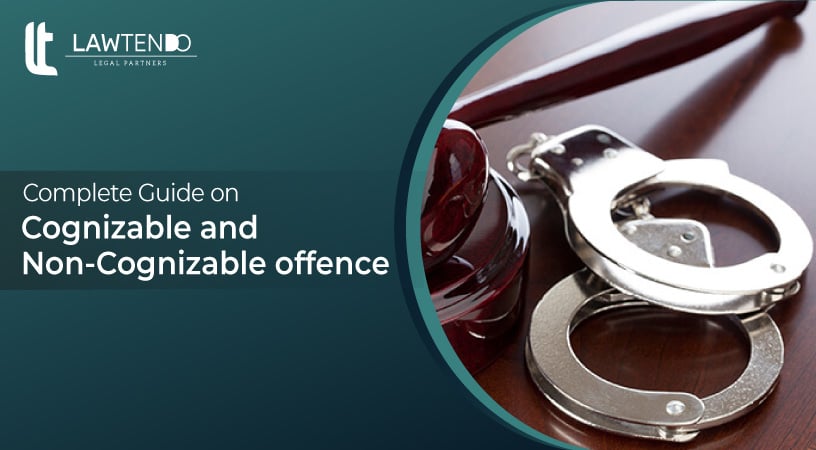 A police officer is required to file a FIR in the event of a cognizable crime under section 154 of the Criminal Procedure Code (CrPC). Before filing the FIR, he can also undertake a preliminary investigation. A convict is apprehended and brought before the magistrate within the time limit for these offences. The court's permission is implied in cognizable offences because of the seriousness of the crime.

A criminal complaint is filed with the metropolitan magistrate or a Judicial Magistrate of competent jurisdiction, who is meant to direct the appropriate police station to begin an investigation. The charge sheet is filed with the court, and then a trial takes place. If the accused is found guilty after the trial, the court issues an order for a warrant to be issued for his or her arrest.

What are a Police Officer's Responsibilities When Investigating Recognizable Crimes?

Without the permission of a magistrate, any officer in charge of a police station may investigate any cognizable case that a court with jurisdiction over the local area within the limits of such a station would have the authority to inquire into or try under the provisions of the Criminal Procedure Code.

On November 12, 2013, the Supreme Court of India held in Lalita Kumari vs. Govt. of UP that " If the information discloses a cognizable offence, the police must compulsorily record the FIR upon receiving the complaint, and no preliminary inquiry is permitted"

A police officer cannot refuse to record a case because it is untrustworthy or implausible (Smt. Gurmito vs. State of Punjab And Ors 1996 CriLJ 1254 P&H). Furthermore, declining to file a police report because the crime scene is outside of the police station's jurisdiction is considered a violation of duty.

Information about such a cognizable offence must be documented and forwarded to the competent police station (State of Andhra Pradesh vs. Punati Ramulu And Others, AIR 1993 SC 2644).

Whenever the Magistrate initiates an investigation under section 156(3) of the CrPC, it is the policeman charged to register an FIR (Mohd. Yousuf vs. Afaq Jahan, (2006), SCC 627).

Without delay, the report should be sent to the Magistrate. In Swati Ram v. the State of Rajasthan, the court found that just providing the report late did not invalidate the prosecution's case.

The police are required to submit various reports to the Magistrate at different phases of an investigation. Following are the reports:

Lalita Kumari v. State of Uttar Pradesh (2013): The Supreme Court ruled that under section 154, a police officer is required to file a police report if the information suggests a criminal offence. The court went on to rule that the word "shall'' does not give a police officer the authority to conduct a preliminary investigation before filing a police report. The court further stated that those hearing officials who refused to register the FIR will face severe consequences. The court, on the other hand, ruled that arrest and investigation are not the same things. If fir is filed against a person without any proof, section 154 does not provide police the authority to arrest him. It is important to note that section 154 does not apply to the following offences if a fir is filed against him without any proof.

Cases in which there is an unusual delay or lag in beginning criminal prosecution, such as a three-month wait in reporting the problem without providing a satisfactory explanation

Sakiri Vasu vs. Uttar Pradesh State and Others (2007): According to the Supreme Court, if a person has grounds to suspect that the police are not investigating the situation or are refusing to file an FIR, he or she may convey the substance of the information to the superintendent of police under section 154 (3). If the aggrieved person is still not satisfied with the investigation, he or she may file an application with the magistrate under section 156(3). If the magistrate is satisfied that the information reveals a cognizable offence, he or she may direct the police to file the FIR.