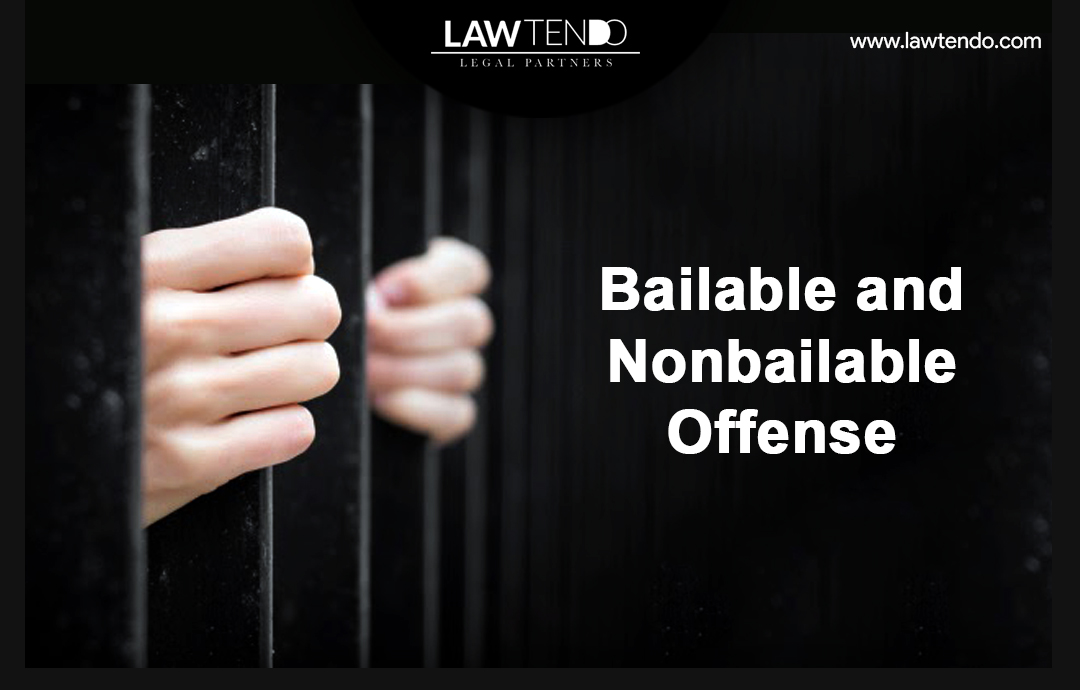 An offence as described under Section 40 of the Indian Penal Code 1860 (“IPC”), denotes a thing made punishable by this Code. Thus any crime which the IPC designates as an offence will be punishable. It is also the morality of the society which helps in building a collective conscience as to what would amount to a crime and what would not. Offence is usually categorized as a bailable and non-bailable offence.

Both the offences are defined under the Code of Criminal Procedure 1973, (“CrPC”). Section 2(a) of CrPC defines a bailable offence as the offence that has been shown in the First Schedule as bailable or which is made bailable by any other law for the time being in force. An offence in order to be bailable would have to be an offence which is punishable with imprisonment for less than three years or with fine only.

The court does not have any discretion to deny bail if the accused is ready and prepared to furnish the bail. The Delhi High Court, while propounding the laws related to bail in bailable offence held that, “it is the duty of the learned Magistrate to inform the accused involved in a bailable offence that he is entitled to go on bail and elicit whether he is ready to offer bail. Law does not require him to move any application to seek bail. Even the complainant is not required to be heard before grant of bail”.

There are various offences defined along with the punishment applicable under the IPC. The bailable offences are described under IPC are as follows:

3. Section 191 which is giving false evidence

5. Section 304A which is punishment for causing death by negligence

6. Section 309 which is for attempt to suicide

8.  Section 500 which prescribes punishment for defamation

9. Section 509 which is for word, gesture or act intended to insult the modesty of a woman

10. Section 510 for misconduct in public by drunken person

The above list is only exhaustive to indicate the nature of crimes which are categorized as bailable offences.

The non-bailable offences under IPC are as follows:

6.  Section 376D which is punishment for gang rape

8.  Section 397 which is punishment for dacoity

10.  Section 498A which is for women being subjected to cruelty by husband or relatives.

The above offences clearly indicate the nature of bailable and non-bailable offences, as the ones which are more grave and serious in nature are put in the latter category. However, India being a democratic county follows adversarial system and all rights are provided to the accused. Section 437 of CrPC lists down the conditions where a person accused of non-bailable offence seeks for bail.

It depends upon the discretion of the court or the police officials that they may release the person arrested for non-bailable offences until and unless there exists any reasonable apprehension that person arrested has committed any crime and is not guilty of any criminal liabilities which is punishable with life imprisonment or the death penalty.

The court ruled out the possibility of releasing a person on bail, as he was of a crime punishable with death sentence. The grant of bail in case of non-bailable offences was extensively discussed in a judgment of the Madhya Pradesh High Court, wherein the court held that, a person is entitled to his liberty even in case he/ she is accused of a non-bailable offence and the right of an accused person should not be dealt with by a court in a superficial manner. In fact, CrPC provides that in case the court has sufficient reason to believe that the case in hand requires further investigation to prove the guilt of the accused; such person should be enlarged on bail.

It has also been opined by courts as a general rule that where the prosecution is unable to persuade the court that there is any reasonable ground for believing that the accused person is guilty of committing of a non-bailable offence, in such case the accused person should be released on bail.

The court has to grant bail in non-bailable offences in an extremely cautious way, while satisfying itself that if bail is granted, the process of justice would not be abused.

As per Section 436 of CrPC, wher a person accused of a bailable offence is arrested without warrant and is prepared to give bail, such person shall be released on bail. The discretion to decide the bail amount is with the Court or with the officer, as the case may be.

In order to apply for a bail in the case of a bailable offence, the person needs to fill a form of bail i.e. Form No. 45 which is given in the first schedule and apply for bail and the Court will have to grant bail. Section 436 (2) of Crpc also empowers the court to deny bail in cases of bailable offences if the accused fails to comply with the conditions of bail bonds.

Thus, the classification of bailable and non-bailable offences is important in determining the accused’s right to bail, as right to bail completely depends upon the category of offence. While deciding bail applications, the Courts should only go into the question of prima facie case established for granting bail and not other considerations.

The release on bail is definitely the discretion of court and this power should be exercised judiciously by the authorities. Even the police should not misuse their powers and should correctly classify the accused under the head of either bailable or non-bailable offences. The nature and gravity of the crime and the accused past records must be taken into account before making arrest and also while granting bail.