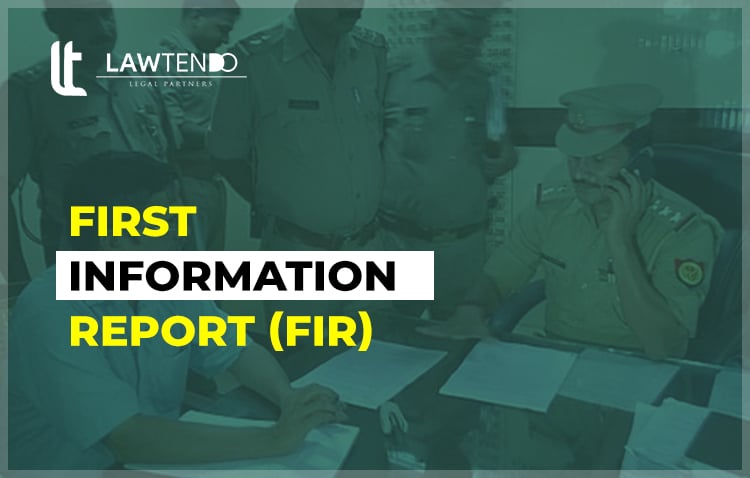 FIR one of the most common terms used in law that has attained a common parlance today. At times, it is used to genuinely report commission of an offence, while at times it is used as a tool to subjugate with an ulterior motive. One of the harsh realities of an FIR is that it is a public record, and the person who is named as an accused not only loses repute but also is deemed to be an offender by the society, even though one of the canons of criminal law is “innocent until proven otherwise”.

In this write-up, apart from learning the basics of an FIR and the procedural aspects regarding lodging an FIR, in an attempt to dispel certain stigma associated with FIR the author discusses the rights of the informant during and after lodging of an FIR and the options that are available to the accused named in an FIR.

In the simplest of terms, any information provided to the police regarding an act that results in a cognizable offence at the first instance. The important parts of an FIR are that:

(a) it should be information pertaining to a cognizable offence;

(b) it should be reported first in time regarding cognizable offence.

A ‘cognizable offence’, as defined in the Criminal Procedure Code, is an offence for which police can commence investigation of the crime on their own and can arrest the accused person without a warrant in accordance with law.

The first statement of a person, who may be a victim or who has the knowledge of a cognizable offence being committed, is vital to the process of investigation and prosecution, as it is presumed to be the original chain of events that give rise to the commission of the offence. Also, since it is registered at the earliest opportunity it is presumed to be without concocting or fabricating the chain of events.

The first statement given to the police may be in writing or stated orally. In case the information is given orally, it is necessary that the statement is recorded in writing by the police and then, immediately read over to the person.

Who can lodge an FIR?

What is the procedure for lodging an FIR?

What if the officer in charge of a police station refuses to record an FIR?

Ask a question to the expert lawyer now

(a)  submit the information in writing to the Superintendent of Police; or

(b) file a written complaint before the concerned Magistrate, who has jurisdiction over the police station that should have recorded the FIR.

What happens after lodging an FIR?

Subsequent to recording an FIR pertaining to a cognizable offence, it is the duty of the police to investigate the information to ascertain whether an offence has been committed. The police officer may require the named accused to appear for questioning, and in certain cases proceed to arrest the named accused if there is credible information or a reasonable suspicion. The police officer, if satisfied, may arrest a person to prevent commission of further offence, for proper investigation of the offence, to prevent destruction of evidence and witness tampering, or if it is believed that the person may not appear before the court when summoned.

As per the Criminal Procedure Code, the police may not investigate a upon an information even if an FIR has been lodged, if:

(i) the case is not serious in nature;

(ii) the police, in their opinion, conclude that there is not enough ground exists to investigate.

However, in each of the above cases, the police is required to record the reasons for not conducting an investigation.

What are the rights of an informant?

Apart from the right to receive a copy of the FIR for free of cost, an informant may be afforded the following right:

What are the options available to the accused named in an FIR?

An FIR being registered against a person does not in any manner indicate any guilt or doubt towards the person’s involvement in the act. FIR is merely information regarding a cognizable offence which is given first in time and enables the police to commence investigation. The outcome of the investigation may either culminate in filing of chargesheet by the police against the person accused or a closure report wherein there is no evidence that suggests that the person named as an accused has committed the offence. In either of these cases, the person named as an accused has the right to file for an appropriate bail application before the appropriate court. In case of an FIR registered for a non-bailable offence, the accused can file an application for anticipatory bail before the Sessions Court. The accused may also approach the High Court to either grant protection from any coercive action being taken by the police against the accused or to quash the FIR and any criminal proceedings pending with regard to the FIR.

What is the importance and value of an FIR?

Although an FIR is a crucial document to commence the investigation by the police, in terms of evidentiary value, it cannot be considered as a substantial piece of evidence. It may be used only to corroborate or contradict the statements made during the trial. An FIR serves as the first point of information, and at times the information provided may not consist of the entire chain of events. It is only during the investigation that the entire chain of events come to light, which then becomes the basis for police to file a chargesheet before the Magistrate.

Having said that, the importance of an FIR cannot be lost merely because it serves as a statement. It is based on this statement that the police starts investigating the crime, and it is based on this information the courts may determine whether there is any offence committed in the first place for the police to investigate the matter.

What are the modern ways of lodging an FIR?

Today with the advent of technology in every sphere, even the criminal justice system is developing in areas that were never propounded when the statutes were drafted. Whether it is electronic evidence being a part of the trial or crimes being committed in the virtual world but having an effect in the real world, law is trying to keep up with the development.

E-FIR, or electronic FIR is one such example. Many of the States in India have implemented E-FIR in order to enable quick registering of information and eliminating the hassle of visiting the police station to record the information in certain cases. The moment an E-FIR is registered, the informant is provided with an electronic copy of the FIR and the police initiate contact with the informant at the earliest.

The other method of lodging an FIR is “Zero FIR”, which means when a person visits a police station to lodge an FIR, however, the concerned police station does not have the authority to investigate matter for the reason that the offence has allegedly been committed outside the bounds of their territorial jurisdiction, but since it is crucial that the information be recorded, the police officer may record the information and transfer the FIR to the concerned police station. Since the officer in charge of the police station does not have the power to investigate the crime, a Zero FIR is registered in certain cases, which is then transferred to the police station within whose bound the offence has allegedly been committed.

The author would like to clarify that the views and opinion in the above article are personal and does not amount to legal advice. In case you need to lodge an FIR or in case there is an FIR against you that names you as an accused, it is advisable to contact an attorney.

*The author of this blog is Adv. Srikaanth S. Iyyer practicing before the Supreme Court of India and specialises in white-collar crimes.