What are the Conjugal Rights for Divorce? 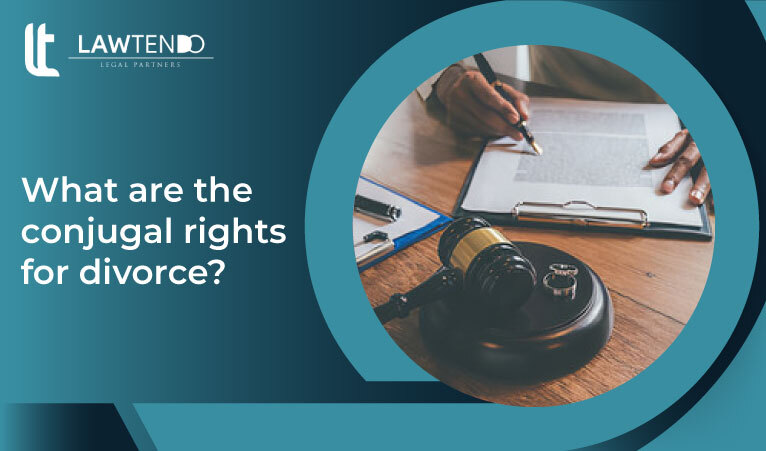 Marriage is one of the beautiful and one of the important stages of everyone's life. It is a life-changing decision of two people who agreed to share their life with each other. But no one can predict the future, sometimes the two people who agreed to share their life might face problems in it. Marriage is considered to be a roller coaster ride which means sometimes up and sometimes down, it depends on the couple whether they are able to face the downs with the ups. Sometimes they are not, when they are not then they seek happiness in being apart from either by judicial separation or by divorce. In this blog, we will discuss what conjugal rights mean? Who can file for restitution of conjugal and where? under which law restitution of conjugal rights can be filed? How is a denial of conjugal rights grounds for divorce?

Laws that talks about conjugal rights are as follows:

Procedure to file the suit for restitution of conjugal rights: When it comes to filing any type of suit or case it needs to be done in a proper manner and there are certain procedures that need to be followed by the person who is initiating any legal proceedings against any person. In this case, the procedure is as follows:

What happens when the application is rejected or the proceeding is taking time: Legal proceeding takes time and also depends upon the statements and the evidence if the court is satisfied there is a proper reason for staying apart or the spouse have a valid reason for withdrawing from the other spouse’s society then the court may grant the degree in favor of the defendant.

If the case is taking longer than the petitioner or the court expected then the application may get rejected and the petitioner can file for judicial separation and divorce.

If the decree is passed in the favour of the petitioner but the defendants refused to comply or failed to perform and came back within one year then again, the petitioner can file for judicial separation or divorce.

Judicial Separation: Sometimes a couple does not want to officially call their marriage off but needs some time to sort things out or need time to think but not ready to part their ways for forever, so they go for judicial separation. It suspends their marriage for some time which makes the couple realize how important their marriage is and the significant half is for them also gives them time to solve the issues they are having.

Get in touch with the best divorce lawyer

Cases on Conjugal Rights with respect to Constitutional Validity:

T. Sareetha v. T.Venkata Subbaiah: In this case, the Court held that restitution of conjugal rights is a violation of Articles 14, 19, and 21 of the Indian Constitution. Court held that this right violates the freedom of a woman. It took away the rights of the woman that when and how she wants to live her life or consume her marriage. Hence the court held that it should be held void and arbitrary.

Harvinder Kaur v. Harmandar Singh: In this case, the court states the objective of restitution of conjugal rights, the court held that the object behind this right is to make the married life stable for husband and wife and to encourage reconciliation and conjugal rights do not talk about sexual intercourse only it talks about the marital relationship overall which makes it valid.

Saroj Rani v. Sudarshan Kumar: In this case, the Court held that restitution of conjugal rights is not violating any of the fundamental rights of the spouse or is not violating Article 14,19, or 21 of the Indian Constitution. On the other hands, it is stopping a marriage from being dissolved which means it is serving a social purpose but if any of the spouses is not complying with the decree of restitution of conjugal rights for 1 continuous year then they can get a divorce on this ground as a court cannot force a person to have a physical relationship or sexual intercourse.

Conclusion: Hence it is concluded that conjugal rights include all marital rights not just sexual intercourse, conjugal rights talk about the rights of spouses to living together, sharing household chores, fulfilling responsibility as husband or wife towards each other and the family and just because spouses are not living in the same house does not mean they are not cohabiting, if they are having a conversation or communicating that will ask for restitution of conjugal rights. Also, it is not unconstitutional or it does not violate the fundamental rights of the spouses.
Under the guidance of Advocate Kishan Dutt, this article was drafted by Ms. Charu Shrivastava, B.A.LLB(H), Galgotias University, Greater Noida. U.P.