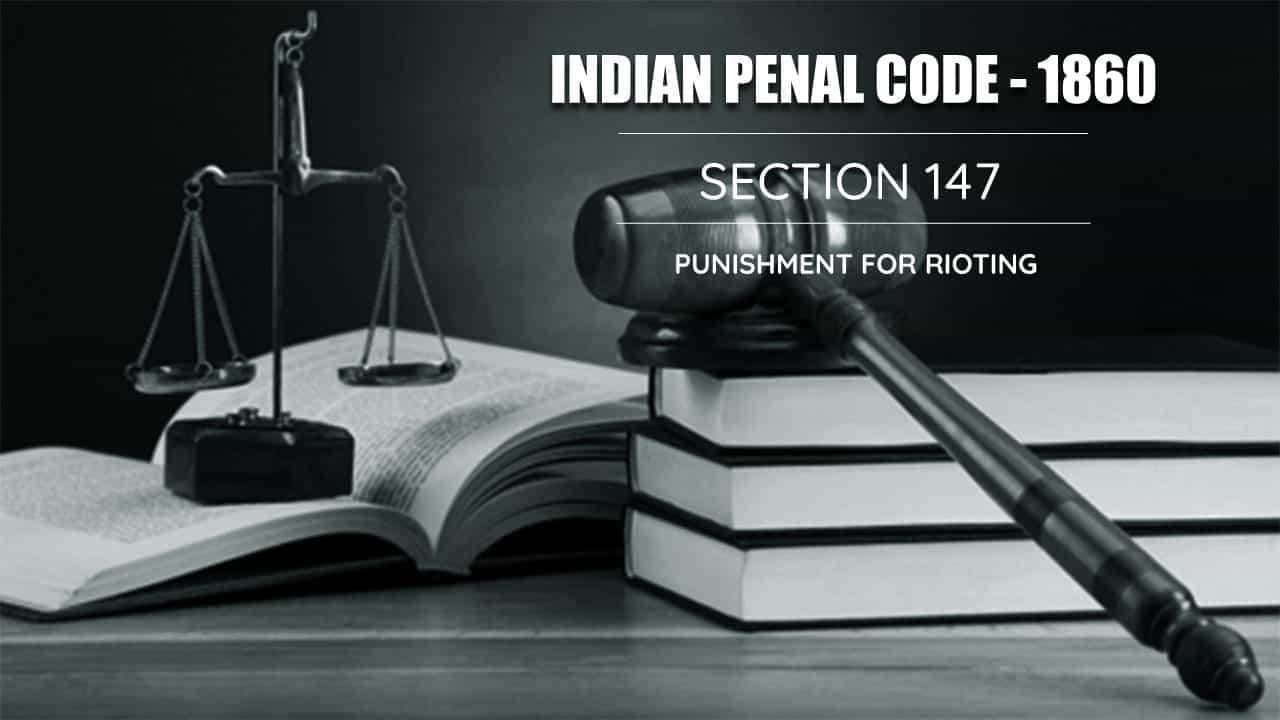 Riots are such circumstances wherein a group of people violently act against another group, thus causing humongous loss to lives, property and causes other social damages. The occurrence of one riot has a long-lasting effect on the lives of many people; people remain in a state of shock which ultimately hampers their normal lifestyle. The direct impact of it starts right from the small children and gradually affects the humans and the nation as a whole. In order to exercise control on such incidents, severe laws have been made to create deterrence in the minds of the people. The stringent kanooni dharas pertaining to riots are mentioned in the Indian Penal Code, 1860 under Chapter VIII, ‘Of Offences Against the Public Tranquility’. The reason why this topic ‘riot’ has been kept under this chapter is clearly evident from the title of the chapter itself because the occurrence of riots disturbs societal peace and public order.

India has been a witness to many tragic riots at different points of time and at different places. Bhima Koregaon incident, Muzaffarnagar, Vadodra, and Gujarat riots are the prominent ones that have made us realize the importance of these provisions. Nowadays, as there is a sudden spike in mob-lynching cases throughout the country, various pressure groups and citizens, in general, have demanded amendment in the criminal laws which also includes amendment in-laws that deal with riots.

Provisions Related to Riots: Section 146 of the IPC talks about ‘rioting’. As per this section if an unlawful assembly uses force or violence or any member of such unlawful assembly uses force or violence in furtherance of the same intention as that of the assembly, then all the members of that assembly will be guilty of rioting. The term ‘force’ has been defined in IPC under section 349 but nowhere has ‘violence’ been defined, which actually is a wider term.

It is pertinent that one also reads section 147 when reading about rioting i.e., section 146.

Punishment for Rioting: Dhara 147 of IPC mentions the punishment for committing the offence of ‘rioting’, mentioned in the preceding section. One who is guilty of rioting will be imprisoned for a term up to two years or with a fine or with both. The punishment which is mentioned here is for simple rioting.

The offence which has been committed under section 147 of IPC is a cognizable offence which means that police can arrest a person without procuring a warrant from the court. The sole reason can be that if the police go on to get a warrant from the court first, then there is a high probability that the ones who committed such offences would evade arrest.

The ones arrested under Kanooni Dhara 147, do have the right to seek bail. It must not be forgotten that ‘bail’ is a right and ‘jail’ is an exception. Also, this offence is non-compoundable i.e., the victim and the accused can’t settle the matter outside the court. Once started, this case will complete its whole trial.

Procedure to Prosecute or Defend Riot Cases: Riot cases are not easily dealt with in the courts of law. It is a tedious job to gather evidence and prove the case on either side for it is problematic to prove who started the act first. Further, the complexity level rises when it is time to decide the degree of criminal culpability.

Joint or Separate Trial: It is the absolute discretion of the court to decide whether the trial will be jointly run or separately. Section 233 (a) of Cr.P.C. states that those persons who are accused of the same offence and done during the same course of the transaction will be tried together.

Witnesses’ testimony: In these cases, the testimony of the witness will be sufficient to prove who in reality is accused.

Common Object: It is pertinent to prove that the people who are accused of involvement in rioting had a common object in furtherance to their unlawful assembly and they had executed that common object.

Overt Act: It is immaterial that whether or not there exists an overt act. If there is an overt act then it obviously is against the accused but in case there is not any, it does not mean that the accused is not guilty. It may be that the person did not commit the overact but since that person was part of that unlawful assembly so that person will be held guilty.

The procedure involved in these cases are very rigorous and obviously require the help of professionals who are proficient with such cases. So, in case of any such need, Lawtendo offers its legal professionals who have vast amounts of experience in the matters to help out the clients.

Landmark Cases Pertaining to Riots: One of the first cases which established the elements of riots was-

In this case, the King’s Bench of England of the High Court of Justice described the ingredients that would amount to rioting and those are:

Garib Singh and Ors v. State of Punjab (1973): The apex court here held that if there are a number of men involved in the case of rioting, then the magistrate can deal with all the accused individually or may even discuss the evidence.

Vijay Singh Mankotia v. State of Himachal Pradesh: In this case, there were more than 200 people who had assembled on the road and started staging ‘dharna’ against the State Government. Due to such dharna, there were a lot of people who were facing inconvenience on the highway. The matter approached the High Court of Himachal Pradesh wherein the court said that such conduct amounted to ‘public nuisance’ and ‘rioting’. So a case was made for the petitioners who were punished under section 147 of IPC for the commission of offences.
TALK TO AN EXPERT LAWYER