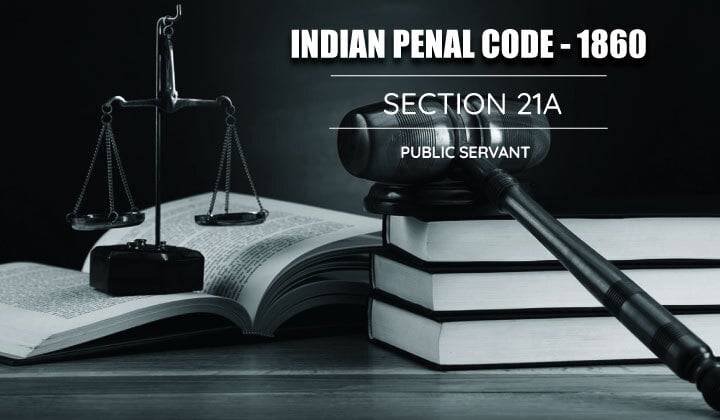 This section explains who is a government employee:

Section 21 of Indian penal code,1860: The term "public servant" refers to anyone who fits into one of the following categories:— 1* * **

Second.- Each Commissioned Officer either in the Military, [Naval or Air] Forces[4**** of India];

[Third.—Every Judge, including any person entrusted by law with any adjudicatory tasks, whether acting alone or as part of a group;]

Fourth.- It states that each and every officer of a Court of Justice [(including a liquidator, receiver, or commissioner)] whose duty it is to investigate or report on any matter of law or fact, or to make, authenticate, or keep any document, or to take charge or dispose of any property, or to carry out any judicial process, or to administer an oath, or to interpret, or to maintain order in the Court, as well as anyone specifically authorized by a Court of Justice to carry out any of these functions

Sixth.—Any arbitrator or other person to whom any cause or issue has been referred by any Court of Justice or other competent public body for decision or report

Seventh.—Someone who holds a position in which he has the authority to imprison or detain anyone

Eighth.—Every officer of [the Government] whose job it is to prevent offences, provide information about offences, prosecute offenders, or preserve the public health, safety, or convenience in his or her capacity as such officer.

[Eleventh.—Any person who holds an office that allows him to create, publish, maintain, or update an electoral roll, or to conduct an election or a portion of an election;]

(a) in the service or pay of the Government, or remunerated by payments or commission for the performance of any public duty by the Govt;

Krishi Upaj Mandi v. Madhya Pradesh Aug 17, 2016: Respondents No. 1 and 2 were exonerated for an offence under Section 407 of the IPC by the learned Trial Court in a judgment dated October 4, 2013, on the grounds that they are not public servants.

In Cr.A. No.30/14, the same was considered, and it was decided that Section 64 of the Constitution applies.

The respondents are "public servants" in M.P. Krishi Upaj Mandi Adhiniyam, 1972. As a result, they are public servants under IPC section 21. The learned Court acquitted defendants No. 1 and 2 on the additional reason that the traders who deposited the funds were not scrutinized.

The amounts were deposited, according to counsel for the petitioner, because of articles 1 to 18 and 25 and 26. However, this sum is stated to have been misappropriated by the respondents because it was not deposited with the Mandi in Udaipur.

Given the foregoing, leave to appeal is granted.

Permission to appeal has been granted.