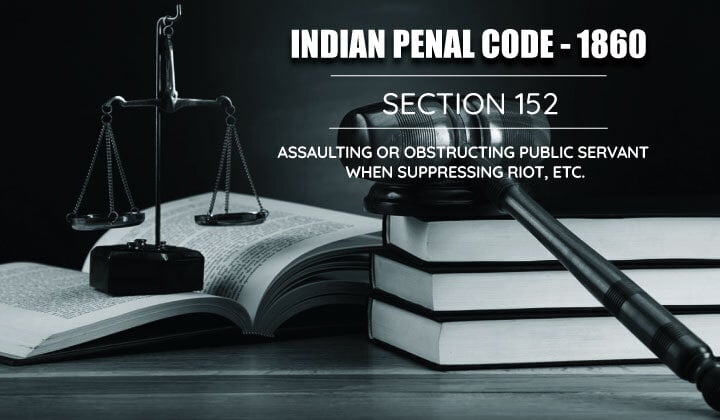 Peace and tranquility are necessary for the development of society. If there is chaos in society or any other barrier, society cannot provide individuals with the opportunity to grow and develop to their full potential, therefore the maintenance of peace and tranquility is a must for every nation and society as a whole. Offenses against public tranquility are crimes committed against not only a single person or property but against the entire society. These types of offences are perpetrated by a group of persons who have a common intention to disrupt the peace and tranquility of an area thereby affecting the whole society. It is crucial to study these offences in order to prevent them. This is also mentioned in section 23 of the Police Act 1861, which states that it is necessary to maintain order in public roads and public places. In fact, it is an offence to cause obstruction, risk danger, damage, annoyance, or inconvenience to the public peace or order, and further section 34 of the Police Act, deems the police responsible for maintaining the public tranquility and punishing anyone who commits an offence.

Chapter VIII of IPC deals with public offences. Furthermore, Chapter X of the Code of criminal procedure 1973 provides legal guidelines for the maintenance of public peace and order. It also delineates the power, duties, function, and responsibility of the executives and the police in this matter.

Section 152 is one of the provisions relating to the offence of Assaulting or obstructing public servants when suppressing a riot.  It attempts to deter persons from interfering with some of the duties or responsibilities of a public servant with respect to maintaining public order and peace.

According to this section, anyone who assaults or threatens to assault any public servant, or obstructs or attempts to obstruct any public servant in the discharge of his duty as a public servant, in his endeavor to disperse an unlawful assembly, suppress a riot, or affray, or uses, threatens, or attempts to use criminal force against such public servant then will be held liable and sentenced as per the provision of this section. This section provides for punishment with imprisonment of either description for a period extending up to three years or with a fine or with both to a person convicted under section 152 of the Indian Penal code.

The ingredients of section 152 are as given below: -

Is IPC 152 a Cognizable or a Non-cognizable offence?

What is the Punishment for offences under IPC 152?

As per the provision of section 152, the convict under this section shall be punished with simple or rigorous imprisonment for a term extending up to three years. It also provides for the imposition of fines or with both upon the convicts.

How to file your case having constituents of offences under IPC 152?

The case under Section 152 will simply be whistled by registering an FIR at the nearest police station to the place of occurrence.

When someone is charged with offence u/s 152 IPC or is accused of the Provisions u/s 152 IPC, then it is advised that he/she shall hire an expert lawyer who has experience in dealing with criminal matters. Because the offences u/s 152 are cognizable, bailable, non-compoundable. Also, during the trial in a court of law, an expert lawyer would seek to defend your case and would undoubtedly help you, either by obtaining an acquittal order in your favor or by reducing your punishment.

The lawyer can use different strategies to reduce the intensity of the sentence or even entirely dismiss the case. It includes double jeopardy defense, not guilty tactics, presenting useful evidence or coming up with the truth.

In this case, appellants have been found guilty of assaulting and obstructing the police while endeavoring to suppress the riot, under section 152 of the Indian penal code.

It was held in this case that section 152 refers to an assault or obstruction to some specific public servant and that the charge against the accused as framed was mere to the effect that they obstructed and assaulted members of the police force in the course of their duties. The conviction under this section could not be upheld. Separate sentences under sections 152 and section 332 & 333 were illegal, as the harm imposed on the members of police officers was the violence used toward them, that established the essence of the offence under section 152 of IPC.

Conclusion: In this blog, we discussed the offence of Assaulting or obstructing public servants when suppressing riot under section 152 IPC, 1860. Public order is not simply another issue in the governance of the country, it is the core of it, encompassing one of the most important parts of democracy and the key realm of the foundation of our nation as a whole.

Chapter eighth of the Indian Penal Code, 1860 deals with the various offences against public tranquility. These are offences that are committed against the entire society and disrupt society's peace and tranquility. Any offence committed against an individual, but still could disturb public peace will come under the scope of a public offence. Furthermore, it is not necessary that an actual offence is committed but even if there is a possibility of causing public disorder, then it is a punishable offence. These offences are divided into four categories, i.e., unlawful assembly, affray, rioting, and enmity amongst different classes. All of them are to a certain extent similar to one another having minor differences. However, some reforms are required to make these provisions in accordance with the changing times.

This article on IPC Section 152 was drafted by Ms. Puja, BBA LL. B, 4th Year Student, School of Law, UPES Dehradun.
TALK TO AN EXPERT LAWYER