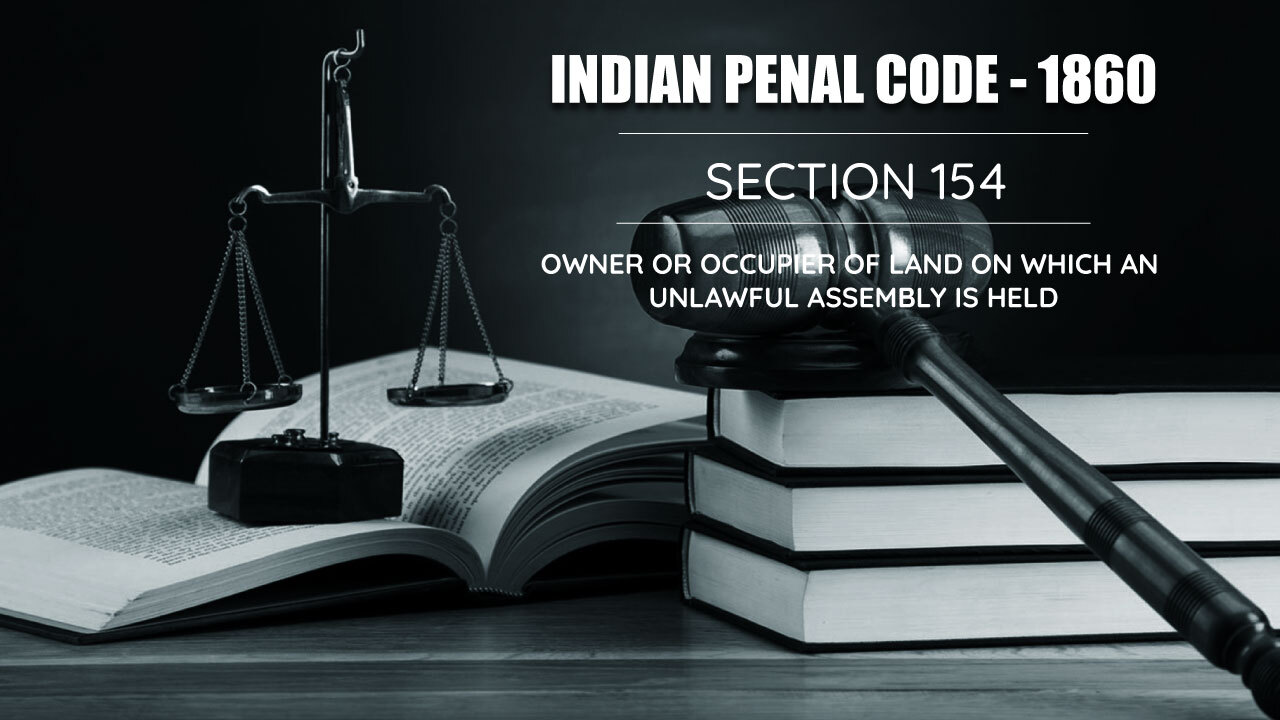 Section 154 of the Indian Penal Code states that whenever a riot or an unlawful assembly occurs the owner or the occupier of that land has to be punished with a fine of the amount which shall not exceed 1000 rupees. If the agent or the owner had the knowledge that the riot or the unlawful assembly is going to take place on their property and they don’t take a proper step to prevent it then in that case they will be held responsible. It is their duty to report to the principal officer of the nearest police station. Also if they don’t take any step in order to prevent that then also in that case the owner and the agent will be held responsible. As it is their duty to prevent these types of situations. The section includes the renters, mortgagees, etc.

Principle of Vicarious Liability: Under section 154,155, 156 of the Indian Penal Code incorporates the feeling of the principle of vicarious liability.

Ingredients of Section 154 of the Indian Penal Code

How to file/ defend your case under section 154of the IPC?

As per the case of the Adesh Kumar Gupta v. CBI, W.P. (CRL) 725/2015  the court stated the police are responsible for writing down the case in the book of the informant and then report it to the magistrate.

Through Lawtendo you can connect to an appropriate lawyer for filing or defending your case for the offense under Section 154  of IPC. We, at Lawtendo, provide around 15000+ lawyers all over the country on our online platform. Lawtendo strives to facilitate legal services that are consumer-oriented,i.e, cost-effective and quality legal service.