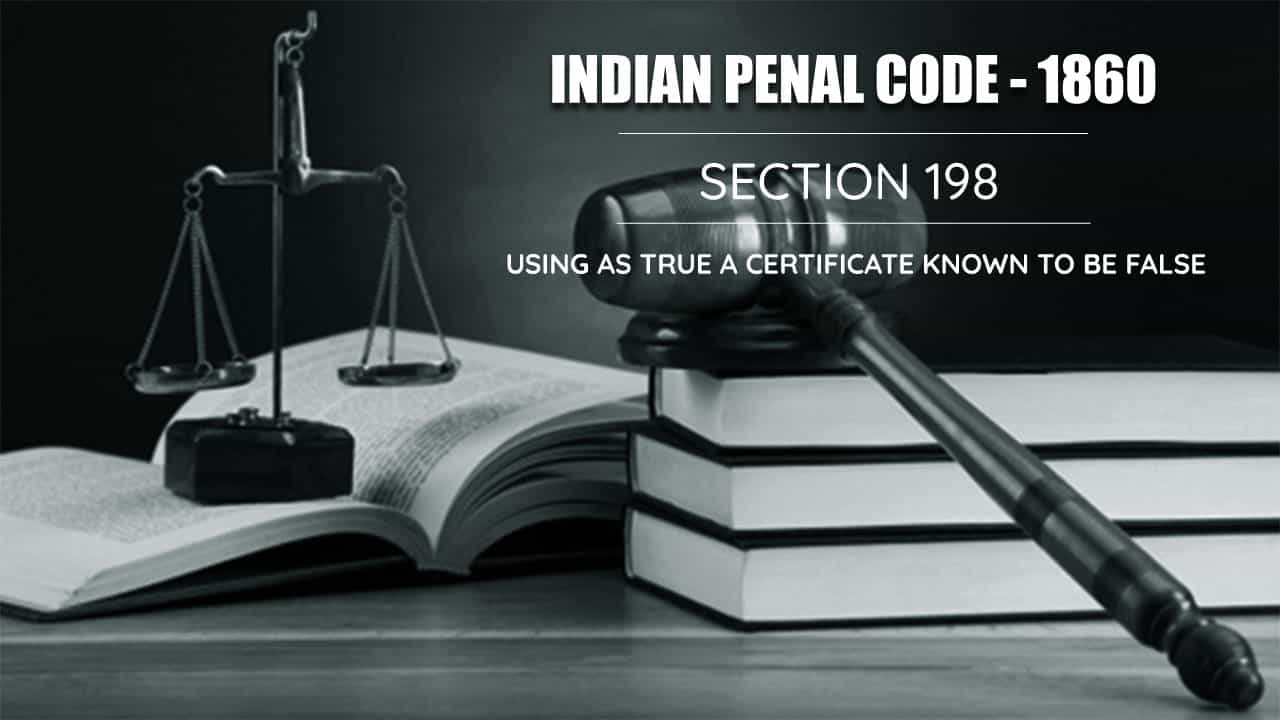 The production of evidence in a trial plays a vital role in deciding the proceeding of the case. The term evidence is any statement required or permitted by the court on oath and any certified document which is produced by the court’s instruction. When someone presents evidence knowing to be false in the court that person has committed offences pertinent to false evidence is dealt with in Chapter XI of the Indian Penal Code.

The form of evidence admissible in court has been classified into two types:

In the course of the trial, both parties are required to present certain certified documents to support their claim in the court as evidence. When a statement or documentary evidence presented to the court when known to be false or is believed not to be true is false evidence. Therefore, the use of such fabricated or corrupt documents shall be a punishable offence under the penal code of India.

What is the offence under Section 198 of IPC?

Section 198 states that “whoever corruptly uses or attempts to use any such certificate as a true certificate, knowing the same to be false in any material point, shall be punished in the same manner as if he gave false evidence”. Section 198 must be read with respect to section 197 for a better understanding, therefore section 197 deal with issuing or signing the false certificate issued or signed that is required by the court of law. The word required by law means any statutory body authorized to issue or sign that certified document in the court. It is believed that the statutory body will issue a genuine certificate for the purpose of establishing the statement of argument in the court. However, there are some instances where the parties produce the false or corrupt document in the court which shall be a punishable offence with a similar term for giving false evidence under section 193 of IPC.

The Term of punishment and nature of offence under section 198 of IPC:

How to file a case under section 198 of IPC?

How can you defend your cases for an offence under Section 198 IPC?

Lawtendo can help you to connect with specialized lawyers of your requirement of legal issues from the pool of 1500+ lawyers all across India. It provides a platform to connect and discuss your issue with the best advice from our lawyer.

Further, the Lawtendo lawyer can help in drafting a bail application or even prepare the defence strategy for the accused charged under section 198 of IPC in the trial. So, the assistance and guidance provided by the Lawtendo to its client help in winning its case.