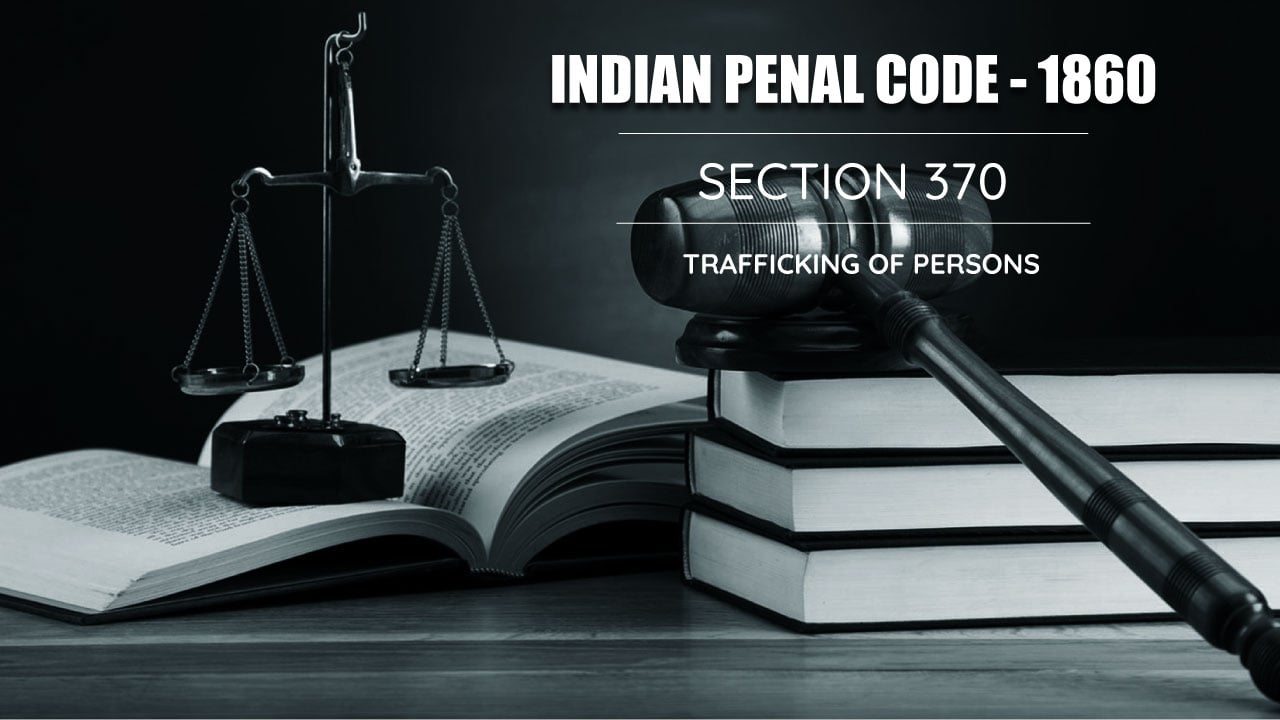 One of the major drawbacks of society is transferring people or humans. People have become so greedy for money that they now have started selling other people for that. Some people are selling organs of others without their consent or will or forcefully for money, some are selling small children to either become slaves or to exploit them physically or sexually. In this blog, we will discuss what is IPC 370? Is IPC 370 bailable? What is the punishment for the IPC 370 case? How to file/defend your case for IPC 370 offence? Any famous judgment w.r.t. IPC 370 if any?

Human trafficking: When someone sends or receives people or transport a person or persons from one place to another without their will for various purposes like slavery or physical abuse is called human trafficking. Section 370 of the Indian Penal Code talks about human trafficking, it falls under chapter sixteen of the Indian Penal Code. This section states that if a person hires other person or transfer someone or transport someone or receive or hide someone by using threat or forcefully or by coercion or abduct or kidnap or by fraud or deception or by using powers or induce by giving them money for any type of exploitation is human trafficking, which would be considered as an offence.

What is the punishment for the IPC 370 case?

Sub-section 2 of explanation 2 states the punishment for human trafficking. It states that if a person is found guilty of such offence then he/she should be punished with rigorous imprisonment which should not be less than seven years and can be extended up to ten years and a fine shall also be imposed.

Sub-section 6 of explanation 2 discuss the punishment of the cases where a person is found guilty of trafficking of minor more than one time or more than once than that person should be punished with life imprisonment, which means that person shall be in prison till he/she dies naturally and fine shall also be imposed.

Human Trafficking is a cognizable offence.

Is IPC 370 a bailable or non-bailable offence?

Human Trafficking or trafficking of people under section 370 is a non-bailable offence.

In Laxmi Kant Pandey v. Union of India: In this case, the Supreme Court has provided some procedure to check that the people from foreign countries who want to adopt the child and also monitored by the intercountry adoptions to reduce the trafficking of minors. the Supreme Court held that the main reason for the adoption is for the welfare of the child but there is a possibility that the child after getting adopted by foreign parents be a victim of negligence or gets neglect by the adoptive parents or they might abandon the child in the foreign country in that case the child may become the victim of physical or sexual abuse. Therefore, it is important to check that the child is in good hands.

Vishal Jeet v. Union of India: In this case, Supreme Court has made some guidelines to form a committee of Central and State Government which fight with the trafficking or to form a committee whose responsibility will be to look at the matters related to trafficking and to fight with it so that trafficking of children and girls will be reduced. In this case, the court has observed that even though there are laws related to this trafficking of children and girls is being taken place and the number of cases related to children and girls for prostitution is increasing court held that law should be enforced regarding such matters and people like pimps or brokers or others who are behind this shall be punished and strict legal actions should be taken against them.

Conclusion: Trafficking or selling or buying human beings for prostitution or for slavery is not a new concept, unfortunately, it is been practiced for a very long time. Strict laws have been made and the laws against human trafficking are given under the Indian Constitution and Under the Indian Penal Code but still, the cases are getting increased especially related to children and young or small girls either for prostitution or for child labour or for begging. The Court to make the cases reduced and protect the children formed committed by the Central and State Government to fight and to take strict actions against it. Also makes it penalize under the Indian Penal Court, if a person found guilty of human trafficking that person shall be punished with imprisonment and a fine.