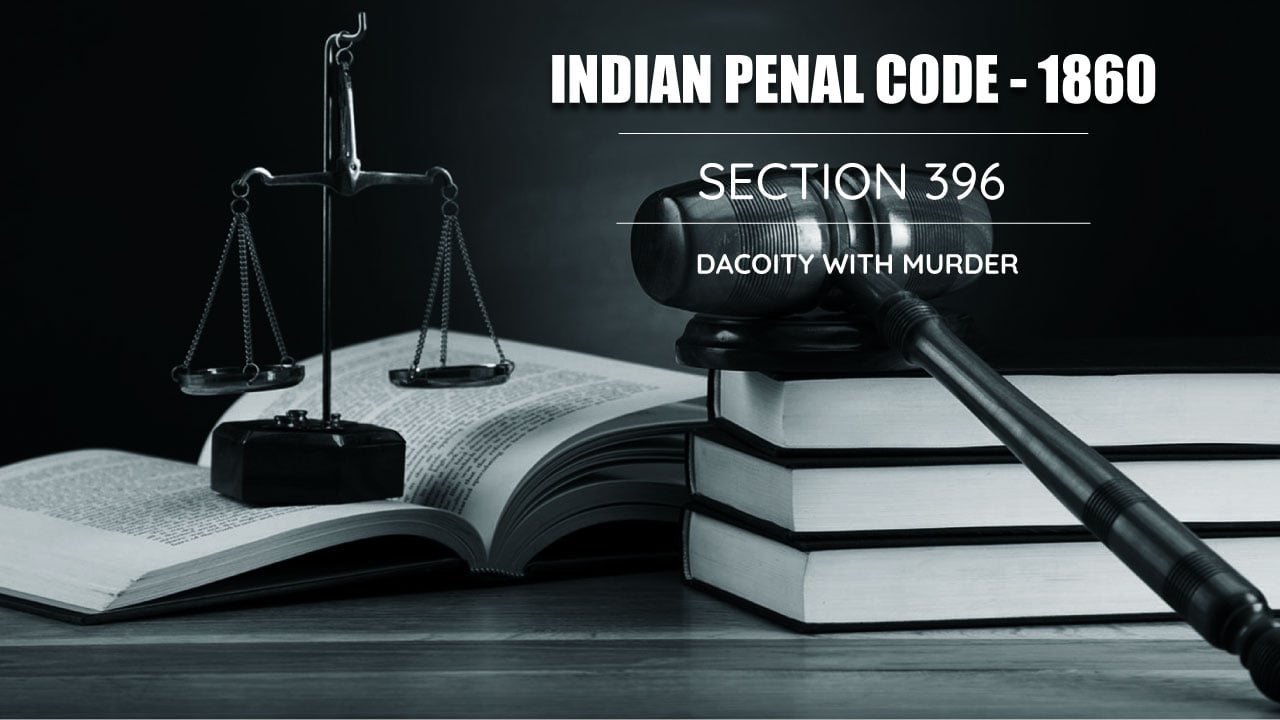 Dacoity is an offence that is committed with an intention to loot and extort valuables. Often, it is regarded as one of the oldest forms of crime that is being committed in India.

Most of the time, we interchangeably use the term 'Dacoity' and 'Robbery', but in actual terms, they are quite different from each other. However, there are very thin line differences between robbery and dacoity, which differs in terms of the number of persons committing the crime. If a robbery is committed by five or more persons then it is termed as 'Dacoity' under the provisions of law. Every dacoity can be said to be a robbery, but not vice-versa. In dacoity, there is always an apprehension of threat to the life of the victim.

Section 391 of the Indian penal code defines 'dacoity', and it says that, “when five or more person togetherly commits or attempt to commit a robbery, then it  is dacoity under the provisions of this law.”

Even an attempt to commit robbery by five or more people amounts to an offence of dacoity u/s 391 and the fact that the dacoits failed to loot or extort is immaterial.

For the purpose of this section, it is not needed that five or more persons are actually committing the robbery. It may be the possibility that one or few among the fives were only aiding or assisting such commission, and in that case, it would also act as if all were committing dacoity.

The offence u/s 396 is an aggravated form of Dacoity. It is attracted when a murder has been committed during the commission of dacoity by the offenders. here, in this case, murder has not been used in its technical meaning, it has been used in a very simple and ordinary sense. Dacoity with murder means- the death of a person other than the accused during the commission of dacoity. Section 396 takes its color or its substantial part from section 391 of IPC, which defines dacoity. So, for every prima facie case u/s 396, we must refer to section 391 and section 396 conjointly.

During the commission of dacoity, if any of the five or more offenders commit murder, then all such persons who were involved in dacoity shall be held criminally and equally liable under the provisions of law.

As Dacoity with murder is considered as an aggravated form of dacoity, sec 396 provides for severe and multiple punishments like punishment to death, imprisonment for life, or rigorous imprisonment up to 10 years and fine.

The provisions of Section 396 IPC is attracted when the below criteria is fulfilled:

Is the offence u/s 396 of IPC cognizable?

As the offence u/s 396 of IPC is one of the aggravated offences under the code, so it has been put under the category of cognizable offences.

The offence of murder during dacoity is non-bailable in general, and so it is also a non-compoundable offense.

Punishment u/s 396 of IPC: Once a person has been convicted under section 396, he can be punished with death, or life imprisonment, or rigorous imprisonment up to ten years and fine. The quantum of punishment depends upon the gravity of offence.

When someone is charged u/s 396 IPC, then it is advised that he/she shall hire an expert lawyer who has experience in dealing with criminal cases, because the offences u/s 396 are cognizable, non-bailable, non-compoundable and of serious nature.

Abul Mian & Ors. vs. the State of Jharkhand

The fact of the case: Hatim (the deceased) was in sleep in his house along with his wife. He woke up to the sound of someone jumping into his house by scaling the boundary wall. The accused entered the house and demanded the keys to the boxes that contained money and valuables. When the key was not given to them, they threw a bomb in the front of the victim which hit him right in the stomach, above the waist, resulting in multiple injuries. Therefore, the wife handed over the key. The informant and one of the victims died during treatment after 7 days of the incident.

It was held by the honorable court that, it was an offence under section 396, IPC, as all required ingredients to Sec 396 IPC was properly fulfilled.

Om Prakash v state of Rajasthan | AIR 1998 SC 1220: It was a very liberal and rational judgment given by the Supreme Court in this regard. In this landmark case, honorable SC ruled that, when there is the charge of dacoity against five named persons and, at any point of time one or two are acquitted, then as per the provisions of Sec 396, the remaining three cannot be convicted for dacoity.

The honorable High Court negated this contention and held that section 396 would be attracted even when there is an attempt to commit dacoity and murder has been committed when the dacoits were trying to make a safe retreat. HC confirmed the sentence of death passed by the session judge. Ultimately, the appeal of the accused was dismissed and disposed of by the apex court.

Kalika Tiwari v. the State of Bihar: In that case, one or some of the dacoits committed murder during the commission of dacoity.

The honorable Supreme Court, in this case, held that every one of the dacoits is liable to be punished equally under section 396 of the Indian Penal Code though all of them had not committed the murder, because there is no necessity to prove common intention for the purpose of section 396.