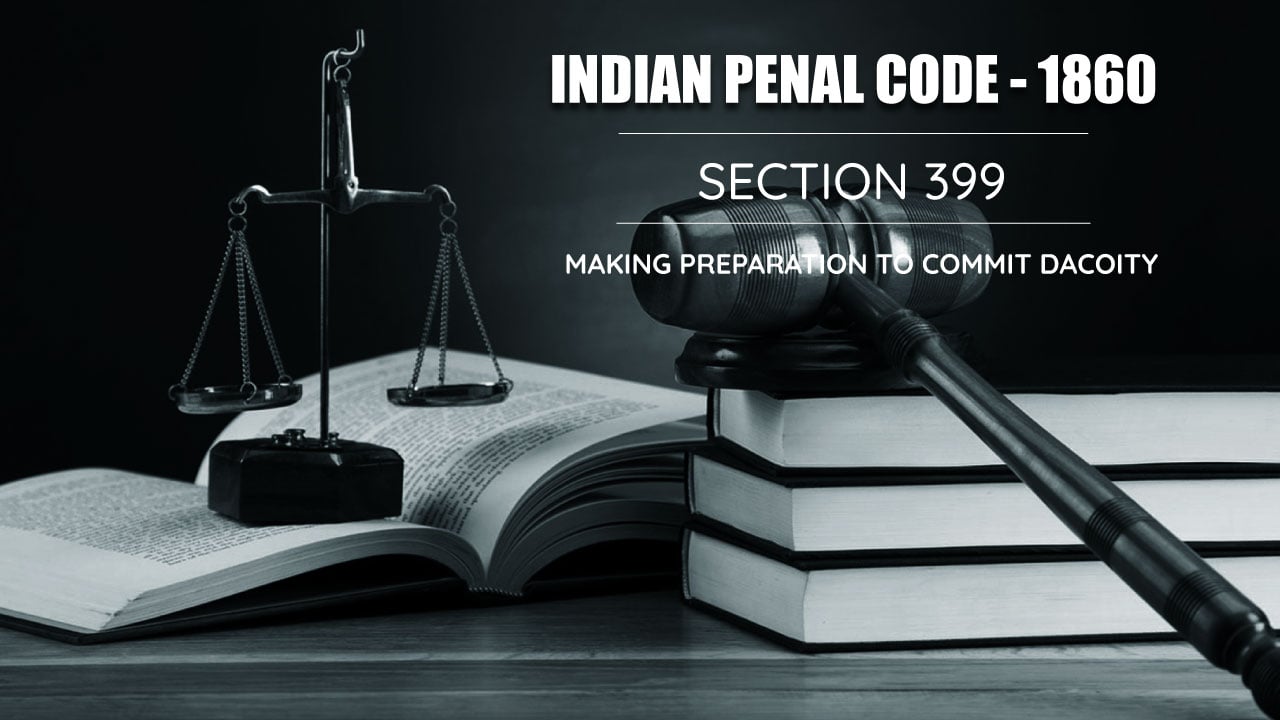 Preparation of offences is not considered to be punishable but there are certain offences that are mentioned in the Indian Penal Code whose preparation is also punishable, one of such offences is dacoity. Dacoity is described in section 391 of the Indian Penal Code. In this blog, we will discuss what is dacoity? What are the ingredients to consider an offence as dacoity? What is the punishment for dacoity and what is the punishment for preparation of dacoity?

Section 391 of the Indian Penal Code talks about dacoity, it states that when five or more five persons with common intention and conjointly rob someone or commit robbery or attempt to commit robbery is called dacoity. When such group commits robbery all the persons involved in the robbery shall be held liable whether they all were involved in the same act or someone of them aided them in the commission of robbery if they had a common intention and common objective and conjointly committed the crime, then they all shall be held liable and punished for it.

Difference between robbery and dacoity

Punishment for dacoity: Dacoity is a cognizable and non-bailable offence that shall be tried in a court of session. Section 395 of the Indian Penal Code talks about the punishment for dacoity; it states that when the accused are charged under section 391, they shall be punished with either rigorous imprisonment or imprisonment which could be up to 10 years and they can also be liable for fine.

Liability of persons involved in the dacoity: Accused are punished for the crimes they have committed but there are some offences that makes the person liable for the offence they did not commit but they had a common intention and conjointly participated in the commission of the crimes, dacoity is one of such offences. The key ingredients of dacoity are:

Section 396 talks about dacoity when murder is also committed, if one of the accused murdered someone while committing dacoity then all the accused involved in the dacoity shall be a charge for dacoity with murder.

Dacoity needs five or more people, and the act involved aiding and support it is not necessary that every single person has to commit the same act during dacoity since they are conjointly participating with common intention and common objective, they all will be held liable for the actions of all the person which means if one of them committed murder or hurt someone they all will be charged for that.

Preparation for dacoity is punishable or not?

Conclusion: Hence it is concluded that for the commission of dacoity there have to be five persons or more than five persons involved in the act who should be having common intention and conjointly participated in the commission of the crimes or aided in the commission of the crime and they all will be liable for dacoity and if any one of them or more had committed any other activities while committing dacoity like murder or hurt then all of them will be charged for that and even if they are preparing for dacoity they will be held liable and shall be punished for that but if the offence is committed by less than five-person then it may consider as robbery. As every dacoity is robbery but not all the robbery is dacoity.