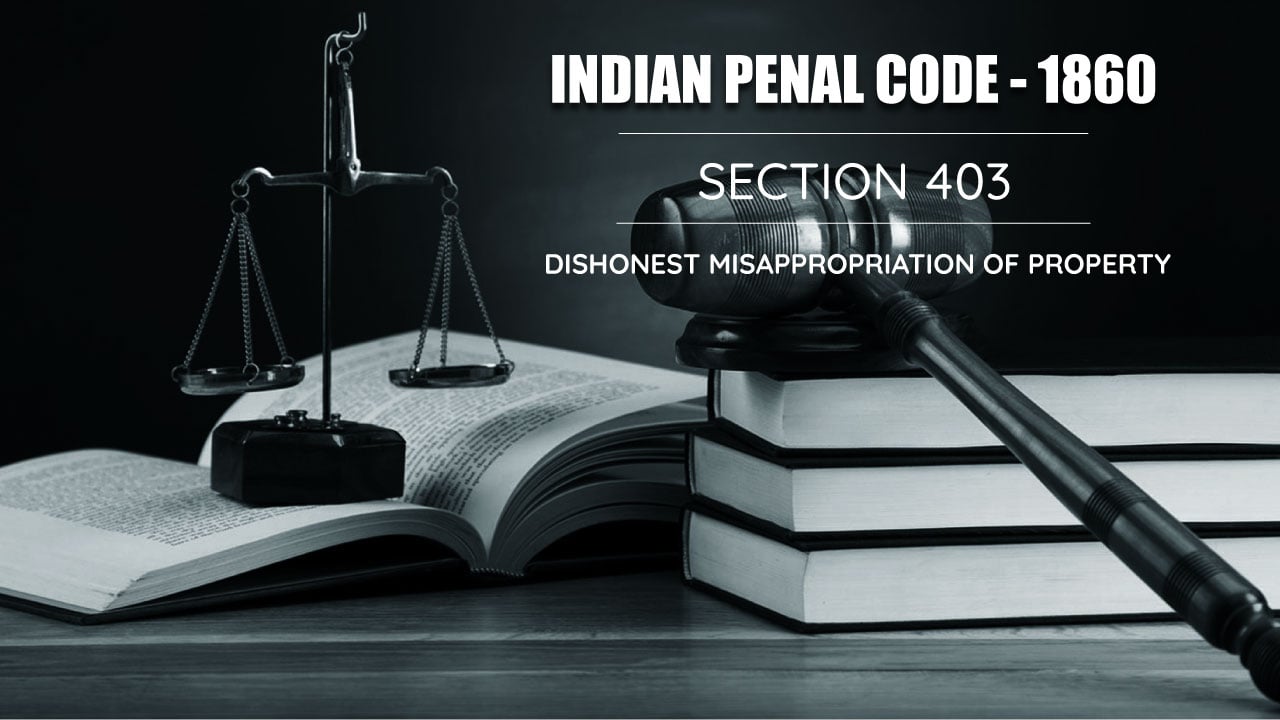 Dishonest Misappropriation of Property is referred to as the conversion of the movable property to one’s own use where it should be done with the wrongful intention. The punishment for this can extend up to 2 years or a fine or both.

The wrongful gain and the wrongful loss have been described under section 23 of the IPC which states that if any gain or loss has been incurred by the unlawful means then the person gaining or losing shall be not entitled to that gain or the loss. As the gain or loss is illegal in nature.

Ingredients of the Offence

How to file/ defend your case under section 403 of the IPC?

Through Lawtendo you can connect to an appropriate lawyer for filing or defending your case for the offense under Section 403  of IPC. We, at Lawtendo, provide around 15000+ lawyers all over the country on our online platform. Lawtendo strives to facilitate legal services that are consumer-oriented,i.e, cost-effective and quality legal service.