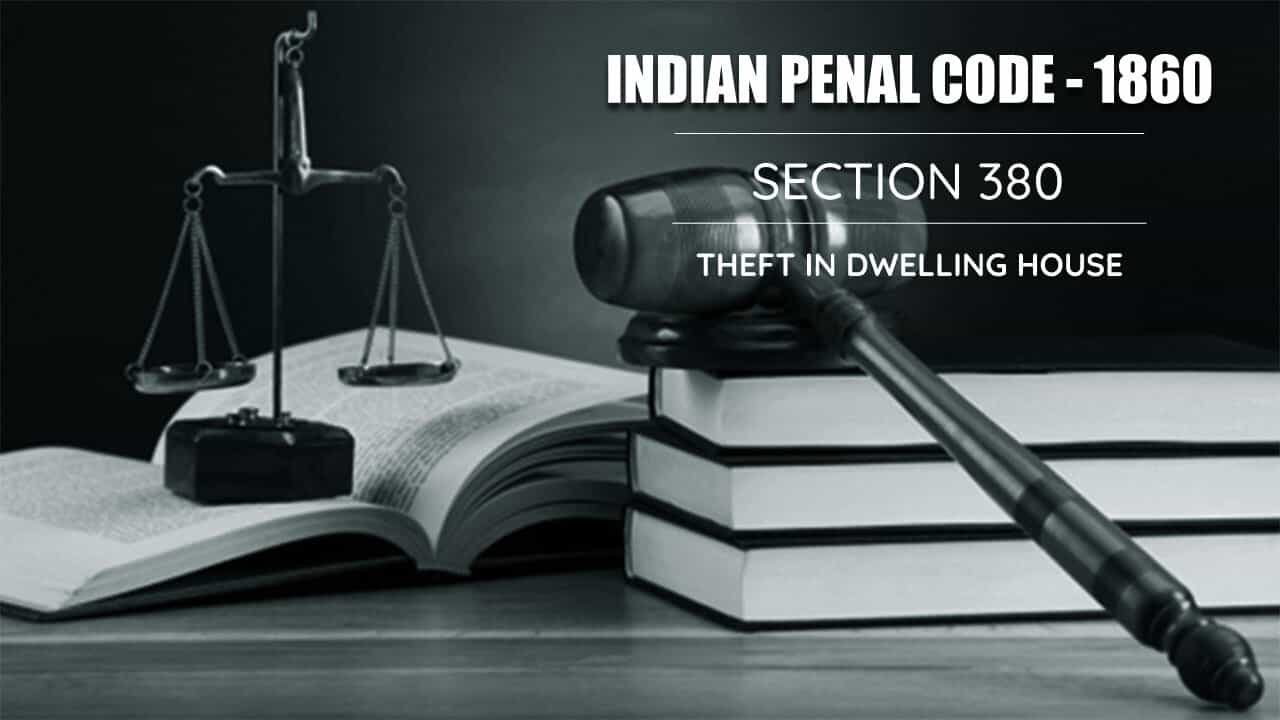 This section was promulgated in 1860 and falls under the category of criminal laws. It was legislated by the Parliament of India under Act number 45 and Chapter number 17. The offence of theft is committed if the property of another person is taken away from him without express or implied consent with a dishonest intention. Even temporary detention or deprivation is enough to show that the offence has been committed. So, here the main thing to be proved is the intention of the person accused of mens rea. The removal or taking away of the property must be without the consent or knowledge of the person in possession of it with an intention to steal it. No charge of theft can therefore lie where a creditor takes property from a debtor who subsequently finds that the debt was time-barred and he had been under no obligation to give anything to the creditor. This is because, such taking, though not enforceable by the law, is with the consent of the debtor. A consent obtained by force or fraud or coercion is no consent. The theft should occur in such places which are used for human dwelling or for custody of property. It can be tried in any court of law under any Magistrate.

There is a clear-cut difference between theft and mischief. Theft is a term commonly used in criminal law whereas mischief is a term used in the law of tort. In theft, by doing any wrongful act towards the other person, the person committing the crime makes some dishonest gain. However in mischief, the person committing the mistake makes no gain himself other than momentary enjoyment. For example, X, a passenger in a bus, takes away the purse of another person without his consent or knowledge. This is a theft.

Y, a passenger in a bus, tears the seat of the bus when the conductor demanded fair. This is a mischief.

This section deals with theft in dwelling houses or places used for the custody of goods. The word ‘dwelling-house’ used in the section means a building, tent or vessel in which a person lives or remains temporarily or permanently. Theft of articles from the roof of a house fall under section 380 of IPC. Also a railway waiting hall is considered a building or dwelling-house: State of Punjab v. Nihal Singh, (1971) 73 Punj LR 440.

Objects and Ingredients of this Section

The ingredients of this section are-

Section 380- Whether Bailable or Non-bailable?

A bail is a legal term which means the temporary release of an accused on the condition that a sum of money is given harassment. Generally, crimes of a more serious nature are non-bailable and petty cases are bailable. It also depends on the position of an accused, whether he is a public servant or not. This section is non-bailable.

If an accused is found guilty on sec 380, he is punished with imprisonment, which may extend up to 7 years or fine, or both. This is a non-bailable offence with a relatively long period of imprisonment. This is because theft of property in a dwelling house may be very valuable in terms of weightage of the stolen property and the owners of such property might be at a loss.

Section 380 - Whether Cognizable or Non-cognizable:

Cognizable crimes are defined as those in which the police can take actions suo motu and do not require the approval of the court for arresting someone. They are heinous crimes like rape, murder, forgery, etc. on the other hand, the non-cognizable offence is those in which, the police has no authority to arrest a person without the approval of the court. They are not so serious crimes like theft. These terminologies are mostly used in CrPC. Dhara 380 is cognizable. This again describes the seriousness of an offence under this section.

Section 380 - Whether Compoundable or Non-compoundable?

Compoundable crimes are of a less serious nature. In this, the complainant can enter into a compromise with the accused and withdraw the case from the Court. However, such a compromise may be bonafide and the complainant is not entitled to any consideration for doing so. Such offences may be divided into two types based on the permission required by the court for compounding. In case, no permission is needed from the court for compromise, such offence can be adultery, defamation, criminal trespass, etc. Non-compoundable crimes are of a serious nature where no compromise can be made. It can only be quashed. These are generally the cases where the ‘state’, that is the police, has filed the case. Not only the private party but also the whole society is affected by such an offence. All those offences which are not listed under section 320 of CrPC are non-compoundable offences.

Dhara 380 is a non-compoundable offence as this again emphasizes the seriousness of such an offence.

An appeal is filed by the State against the final judgment and order dated 28.09.2004 passed by the High Court of Punjab and Haryana at Chandigarh whereby the Single Judge of the High Court set aside the judgment and order of the Trial Court convicting the Respondent for the commission of offences under sections 380, 457 and 460 of the IPC causing grievous hurt by committing the theft in a dwelling house and sentenced him to undergo rigorous imprisonment for four years and fine of Rs. 1000 for the commission of offence under section 380, IPC, rigorous punishment for five years, and a fine of Rs. 1000.